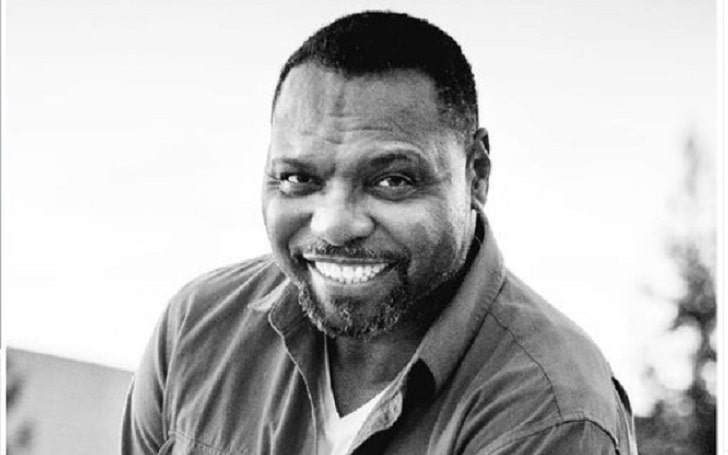 Petri Hawkins-Byrd is a celebrated American television personality who rose to fame for his work in Tom Hennessy, Judge Judy, The ‘N’ Word, among others. The 64-years-old man is also an established actor, voice actor, and writer. Not only that, but Hawkins-Byrd is also a former New York State Court Officer.

Hawkins-Byrd Age: A Look At His Early Life

Petri Hawkins-Byrd was born on November 29, 1957, making his age 64 years now. His real name is Petri Adonis Byrd, and he is a native of Brooklyn, New York, U.S. He is the youngest of four siblings, one sister and three brothers. His dad was a drug dealer while his mother was a housewife. Holding an American nationality, Hawkins-Byrd peaks at the height of 6 feet 2 inches.

Hawkins-Byrd graduated from Eastern District High School in Brooklyn and went to study at Hostos Community College in The Bronx. Apart from his interest in acting, he also had a passion for law. And he achieved a Bachelor of Science degree in Criminal Justice from John Jay College in 1989.

Who Is Hawkins-Byrd Married To? Kids

The American television personality is now married to his wife, Markita Bond Byrd. The couple tied the knot on May 4, 2019. Markita is not only the spouse of Petri but also a fellow Judge Judy crew member. The two first met on the Sunset Bronson Studios lot back in 2012. After reaching on a date to a comedy show around that time, the two lost contact. However, they reconnected through Byrd greeting Markita in a text message in 2015.

Apart from his marriage with Markita, Hawkins-Byrd was formerly wedded to Felicia Hawkins. Together they welcomed four children. But their marital relationship faced some struggles in 1989, and they lived separately. After that, his children and wife moved to the West Coast. They later reconnected, but it could not work out.

Rise To Prominence: Insights On His Career

In the early 80s, Hawkins-Byrd found a place for himself in the Brooklyn trajectory of the New York City Court System as a court officer. After some time, he joined the Family Court division of Manhattan, where he initiated working with Judge Judith Sheindlin. Further, he served as a student counselor at Monta Vista High School in Cupertino, California.

The actor began getting involved in television shows in the 1990s. With the rise of his popularity, Hawkins-Byrd tried himself as an actor. He made his acting debut in 1997 after landing the role of Kevin Raskin in the Primetime Emmy Award-nominated TV series Nash Bridges which also stars Patrick Fischler. After that, he gave his voice work in a video game Akuji the Heartless, released in 1998.

Petri got his breakthrough in 2000 when he appeared in the television series, The Packers. In the same year, Petri also got a chance to work in Playing Mona Lisa. After two years, the Nash Bridges cast had his first starring role as Detective Meyers in the drama film Redemption of the Ghost. Similarly, we can see his appearance in the movies such as Fugitive Hunter, Everybody Hates Chris, A Deeper Love, In the Eyes of a Killer, The Adventures of Umbweki, How I Met My Father, and many more.

From 2015 to 2021, the multi-talented personality appeared in numerous films, including The Two Gamers, Curb Your Enthusiasm, American Skin, Under the Palm Tree, The Bold and the Beautiful, Fear PHarm 2, etc. Currently, the actor is working on his new project that will be released soon. His upcoming films are A Polished Soul, Amy’s F**k It List, Tom Hennessy, and many more.

Petri Hawkins-Byrd has accumulated a fair sum of money from his multiple works in the entertainment industry. According to sources, Fugitive Hunter alum has a net worth of $3.5 million. The prevalence of his earnings comes from his acting role in Judge Judy. Likewise, he has gained significant fortune from his career as a bailiff.

He also works as a part-time speaker, M.C., voiceover artist and community activist. And in the United States, the average salary for a voiceover artist is $74,069. Also, an actor in America makes around $50782. So, Petri might earn in the same range. Apart from that, his income comes from sponsorships and endorsement deals. According to the Influencer Marketing Hub, he earns around $154.5 – $257.5 from a single post on Instagram.