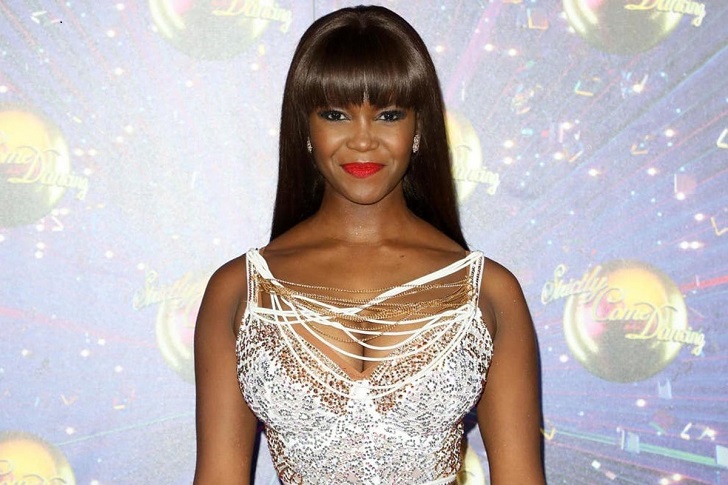 Otile Mabuse, aka Oti, is a professional dancer renowned for her appearance in the dancing reality show, Strictly Come Dancing. Similarly, the UK based South African dancer has appeared in shows like Let’s Dance, The Greatest Dancer, and The Masked Dancer.

Otile Mabuse was born on August 8, 1990, in Pretoria, South Africa, to parents Dudu and Peter Mabuse.

The professional ballroom dancer started dancing at an early age alongside her sister Motsi Mabuse. Motsi is also a professional dancer and a judge of Strictly Come Dancing.

Oti earned her bachelor’s degree in civil engineering from the Tshwane University of Technology. However, upon graduating, she opted to pursue a career as a dancer.

Happily Married: Who Is Her Husband?

Oti Mabuse is currently married to Marius Lepore. Her spouse is a 38-year old professional dancer from Romania.

They first met in Germany during a dance trial. Since then, they have competed in several competitions together.

The power couple bagged gold at the German National Show Dance Championships and finished in second place at the World Latin Championships.

After dating for some time, the duo decided to tie the knot in November 2014 after Marius popped the question on his birthday. Their wedding was private, with just close relatives and friends in attendance.

They don’t have any children together yet. however, they have opened up about how they would like to start a family one day.

The pair is pretty open about their relationship and frequently post photos together on social media.

Further, she is a frequent Instagram user. She shares her pictures, videos and updates of her dance shows on her page.

Most recently, she updated her followers about the new episode of her podcast Rhythm Of Life. On her podcast, the dancer sits with celebrities and talks about their passions, motivations and setbacks.

Some of the celebrities that have been part of her talk show include fashion maverick Angela Scanlon, radio presenter Melvin Odoom, Drag Race stars William and Latrice Royale and more.

How Did Oti Get Her Break In The Industry?

The Greatest Dancer judge started off as a professional dancer in South Africa. After winning the South African Latin American Championship” 8 times, Oti moved to Germany to explore her opportunities.

The star dancer Oti made her first appearance as a professional dancer in 2015 on the 8th season of “Let’s dance”- a German rendition of the British dance show Strictly Come Dancing.

Overcoming every streak of failure, the dancer finally won the show on her fifth stint in 2019.

Similarly, Otlile also won the next season of Strictly Come Dancing making her the only professional Dancer to win the season twice in a row.

Besides Strictly Come Dancing, the 31-year-old was also a part of Tipping Point: Lucky Stars in 2017 and Dancing with The Stars Weekends in 2019.

Similarly, in 2019, she was also the judge of The Greatest Dancer, alongside Cheryl, Matthew Morrison and later Todrick Hall.

In 2020, Oti hosted the children’s TV show Boogie Beebies. She was also the contestant on Celebrity MasterChef and the Christmas special of Michael McIntyre’s The Wheel.

In 2021, Mabuse appear as a panelist on a brand new ITV show, The Masked Dancer UK, a spin-off of the “The Masked Singer” UK. The dancer replaced Rita Ora’s position in the original show.

What Is Mabuse’s Current Net Worth?

Otlile Mabuse’s net worth and earnings are yet to be revealed; however, some sources tell her riches to be $1 million. Her primary income sources are her dancing career and reality show appearances. Her annual salary is estimated at $200k.

Besides, she also earns from endorsements and sponsorships. She partners with Greenchef, which emphasizes the use of sustainable ingredients and compensates for all operational and distribution-related carbon emissions and all in-box plastic waste.