Who Is Marcus Rosner Wife? His Net Worth, Married, Girlfriend, Career 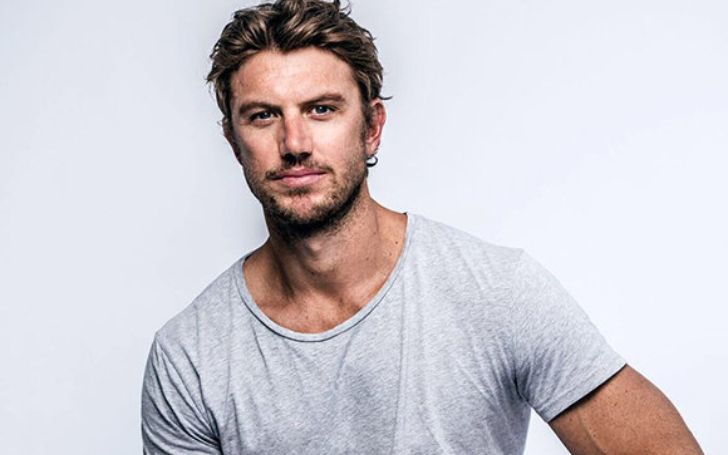 Canadian versatile actor, Marcus Rosner is a popular figure in the television industry with his notable appearances in American dark fantasy, Supernatural, and numerous others.

Marcus Rosner was born on 10th August 1989 on the west coast of British Colombia. At the time of his birth, his mother was just 15 years old.

Not much has been ever disclosed about the personal introduction of Rosner’s parents but shortly after he was born, his parents got separated and ever since he was raised by his mother and later, step father in the city of Alberta. It is believed that the Canadian  has never been in touch with his biological father after his parents got divorced.

Different to the present day, Rosner had a difficult childhood with many hardships and poverty. Surprisingly, the young star claims that he was not even interested in being a actor, but wanted to pursue his career as a sports agent

Who Is Marcus Rosnier Dating?

The Canadian has been maintaining much secrecy regarding his personal life as he chooses not to mix his professional and personal living. Even though, he has been is many on-screen match ups, there is a huge question mark on who is his lucky partner? Besides his profession, he is interested in sports and travelling to places.

The Canadian star has been private in covering up his personal life from the paparazzi’s and his followers since any possible girlfriends or women he dated have not been disclosed yet.

It was strongly rumored that the artist was gay, since he was pictured a lot with his male friends in public and social media and rarely with any women but the star is totally straight and is possibly dating someone which can be validated by his Instagram posts.

Fond to make his fans guessing, he once in a while posts picture with his mystery partner in his social media, giving signs to his followers and fans about his relationship status. For the first time, he announced his relationship by posting a  picture on his social media account with his secret girlfriend  in 2017, where the couple kissed each other but the identity could not be revealed through it.

He also posted a cute video with his other side, on the occasion of Valentine’s day, putting a rabbit sticker on her face. In an interview with some of the source, he told that his girlfriend was a producer for the Discovery Channel, Canada.

Well, the pair seems to have engaged as of now, as Marcus shared the picture of pair flaunting their ring on Instagram in New Year of 2020.

Even though, he is  dating his secret woman, the heart of thousands is not married and is yet to father any children.Besides that, he has never been linked to anyone in terms of any romantic relationships.

Marcus Rosner Salary and Net worth

Working in over 30 television series so far, the Canadian is estimated to have a net worth of around $200k in 2021. As concrete details regarding his earnings from his work are undisclosed, it is estimated that he earns at least $55000, the average salary of an actor annually. He owns a million-dollar-worth huge mansion in Vancouver.

The actor got into great fame for his appearances in widely famous series, Supernatural and Arrow. Since he debuted in ‘The American Housewife‘ series on 2012,cast as the role of ‘Doug’ , he has never looked back.

He has been very flexible in terms of roles and characters since he started his career, working in many projects like Autumn in the Vineyard, A harvest wedding, Yes I do, Once upon a time and much more.

The young actor has been a regular in the reputed American television network ‘Hallmark Channel‘ which has provided him with many roles in drama and series and earn a fine share of stardom.