Macy Gray’s Daughter Aanisah Hinds Biography; How old is she? 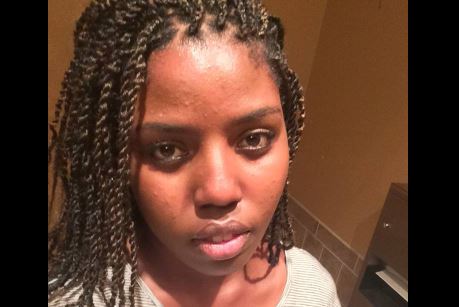 Aanisah Hinds is a celebrity daughter born as the first child to R&B and soul singer-songwriter Macy Gray. Aanisah is an artist and works as a graphic designer at Bobby Brown Foods.

Besides, she has also contributed to her mother in the “But I’m Golden” in 2012. Her mother Macy is an R&B singer, songwriter, music producer, and actress. She was nominated for Grammy 5 times and also won once.

Aanisah Hinds Childhood and Family; How old is she?

Macy’s oldest child was born in January 1995. She is 27 years old as of April 2022. Born in Los Angeles, California, the United States, she holds American nationality but is African-American by ethnicity.

She was born as the oldest child to her mother Macy Gray and father Tracey Hinds and has two siblings named Happy Hinds, Tahmel Hinds. Her brother Tahmel, a musician, was born in December 1995 while her sister Happy, a photographer, was born in 1997.

Her parents Macy and Tracey were married for only two years from late 1994 to late 1996 during which they became parents to their three kids. Her father Tracey, who died in 2020, worked as a mortgage broker.

An art lover since childhood, Hinds attended Beverly Hills High School where she studied Visual and Performing Arts from 2009 to 2012. She then enrolled at Pratt Institute and graduated with Bachelor’s degree in painting.

What does Aanisah Hinds do?

Aanisah has also been working as a production assistant at Propagate Content since November 2017. Moreover, she has also been serving as a graphics designer at Bobby Brown Foods since January 2018.

She is also an artist who has been presenting her arts in various exhibitions. She debuted with her works at the Motown to Def Jam exhibition while she was just 18.

Macy Gray’s daughter is at the beginning of her career. She has been working hard to establish herself in the art industry.

Hinds has multiple jobs through which she makes a good income. AS a production assistant, graphics designer, and receptionist, she probably earns more than $80,000 annually. Besides, she also works as a freelancer.

Meanwhile, her mother Macy has a net worth of about $20 Million and reportedly earns around $2 Million annually.

No, the celebrity daughter is unmarried and still single. She has been busy with her design work and is working hard with multiple jobs. She lives low life and hasn’t revealed her love life.

Aanisah is on Facebook where she shares her personal as well as her art photos. She has a business Instagram account @a.hindsgraphics where she has shared her works.

Her mother is an R&B singer, songwriter, and actress known for her hit single “I Try” from the debut album On How Life Is. She was born on September 6, 1967.

Macy has released 10 studio albums and has been nominated for Grammy five times, winning one. Besides, she has also appeared in movies like Training Day, Spider-Man, Scary Movie 3, Lackawanna Blues, Idlewild, For Colored Girls, and The Paperboy.