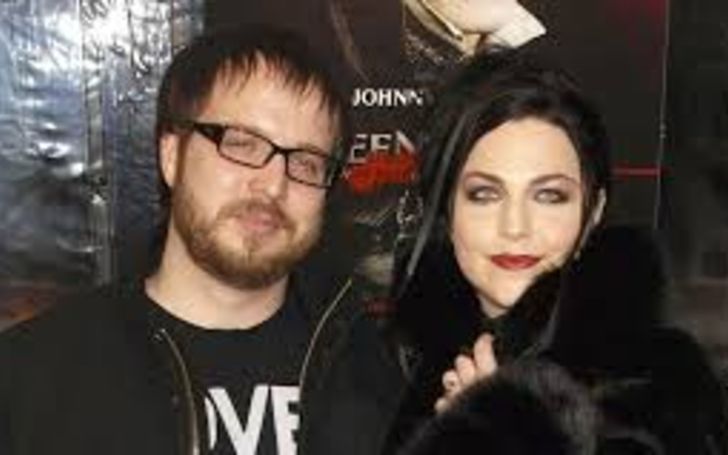 Josh Hartzler is famous for being the husband of the lead singer of the rock band, Evanescence, Amy Lee.

Josh Hartzler was born on November 4, 1977, in Encino, California, the USA under the birth sign of Scorpio. He is of American nationality. Similarly, he belongs to the white ethnicity. He hasn’t mentioned any details about his parents, siblings, and early life.

Regarding his educational qualifications, he completed high school in 1995. Following this, he joined the Arkansas Baptist College. He graduated with a Bachelors in Psychology in 1999.

Josh Hartzler is a married man. He walked down the aisle with Amy Lee on May 6, 2007.

Josh and Amy met through mutual friends and fell in love. The pair got engaged on January 8, 2007, and a day later, Amy announced their engagement on a Canadian show called Much. After their marriage in Little Rock, Arkansas, the duo went on a honeymoon trip to the Bahamas.

Several years after getting married, Josh and Amy announced through their social media on January 18, 2014, that they were expecting their first child. Seven months later, on July 24, 2014, they became parents to son, Jack Lion Hartzler. The family of three currently live in Nashville, Tennessee.

Josh Hartzler has earned an estimated net worth of around $100 thousand as of 2021. He earned his worth from his career as a psychological counselor. He makes his earnings as a therapist.

Besides being a therapist, Josh has also developed his songwriting skills. He has even collaborated with several musicians. He has worked with David Hodges in writing the lyrics for his solo album, Musical Demonstrations Pt. 1. The album had four songs and all of them were co-written by him. He also helped his partner in writing two songs, End of the Book and If You’re a Star for her children’s album, Dream Too Much in 2016.

In contrast to his net worth, his wife, Amy Lee has earned an estimated net worth of around $12 million as of 2021. She earned her worth from her career as a musician.

Josh Hartzler is married to the lead singer of Evanescence, Amy Lee.