Who Is Angie Everhart? Bio, Net Worth, Boyfriend, Affair, Married 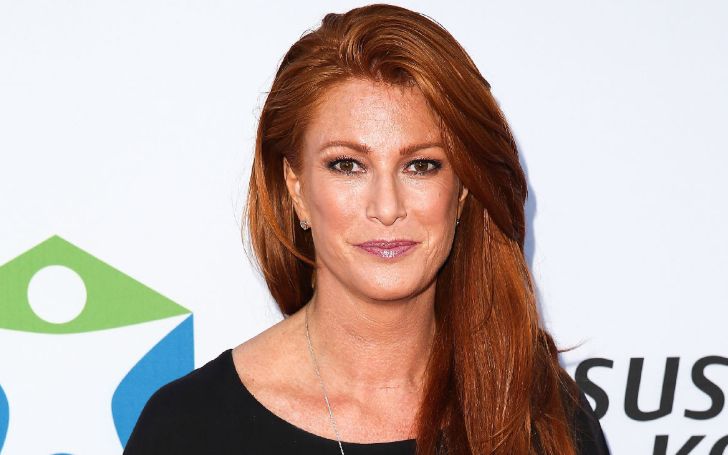 Angie Everhart is a former model and actress who is very famous for her work in several Sports Illustrated Swimsuit Issues in the 1990s. As an actress, she is recognized for her role in Take Me Home Tonight, Last Action Hero, and Bandido.

Angie Everhart was born as a Angela Kay Everhart on September 7, 1969 in Akron, Ohio, U.S. She is the daughter of Ginnie(homemaker) and Bob Everhart(engineer). WShe is of American nationality and belongs to white ethnicity. She has siblings named Michael Everhart (Brother) And Amber.

Apart from this, there is no single information related to her early life and education.

Back in 2013 she was diagnosed with thyroid cancer and had surgery. As per her representative

[Angie] wants to set the record straight by letting everyone know that it is true that she has been diagnosed with thyroid cancer, however, the prognosis is very good.

Later on she  filed for bankruptcy due to medical expenses.

The 51 years old, Angie Everhart seems to be single as of now but previously she has gone through several unsuccessful relationship.

In 1995 she got engaged with Sylvester Stallone for a brief period. After this, she got married to Ashley Hamilton on December 1, 1996, but after three months they took divorce.

Also, she was engaged to Joe Pesci but they called it off in 2008. In 2009 she gave birth to her son Kayden Bobby Everhart with her then-boyfriend Chad Stansbury.

Angie Everhart has earned a huge amount of worth from her career as an actor. As per the celebrity net worth, she has an $8 million net worth as of 2021.

She made her acting debut back in 1993 from her appearance in the movie named Last Action Hero. After this, she has worked in several movies and sereis and some of her notable work includes Trigger Happy, Executive Target, Caroline in the City, Welcome to Hollywood, Dillinger in Paradise, The Dream Team, Law & Order: Special Victims Unit, Sexual Predator, UC: Undercover, Hollywood Mom’s Mystery, Happily Divorced, My Husband’s Deadly Past.

She is also all set to appear in the upcoming project Cash Collectors, Forsaken Son, The Baby Pact, and Illusion.

How Much Is Angie Everhart’s Net Worth?

What is her height?