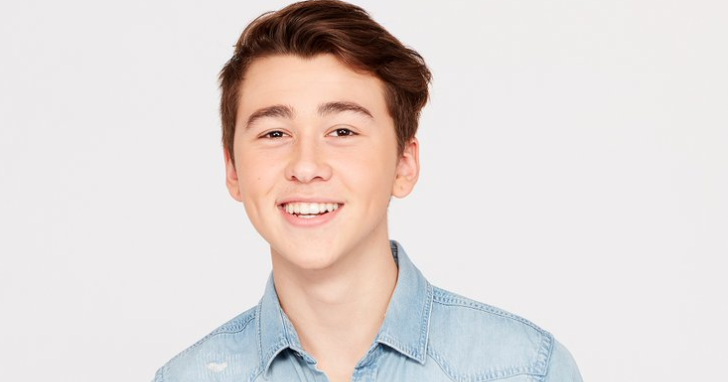 Garren Stitt aka Garren Lake is an American actor. He is famous for portraying Marty in Andi Mack (2017-2019) and Oscar Nero in General Hospital (2017-2019). Likewise, he is also known for his roles in Bukowski, Nicky, Ricky, Dicky & Dawn, and Love Triangle.

His mother is Yvette while the identity of his father is yet missing. He along with his brother, Gabriel Stitt was raised by a single mother.

Garren Stitt has been active in the entertainment industry since 2011. He started his acting journey appearing in an episode of the TV show Morbid Minutes.

Likewise, Stitt acted in movies and series such as Bear, The Lady in Pink Show, Death is a Salesman, Love Triangle, Bukowski, No Ordinary Hero: The SuperDeafy Movie, Tom Sawyer & Huckleberry Finn, Girl Crazy, Up in Arms, Rosewood, and Unusual Suspects.

Furthermore, Love Triangle actor appeared in an American daytime soap opera General Hospital (2017-2019). For his role of Oscar Nero, he was nominated for the Daytime Emmy Award in 2019.

Besides acting, Garren Stitt is also interested in music. Back in 2018, he began releasing RnB music like Clout, Streaks, My Chain, Player One, and Hey Momma on Spotify under the name Garren Lake.

What Is The Net Worth Of The American Actor Garren Stitt?

The Andi Mack star Garren has earned an impressive sum of fortune with his acting career. To date, he has acted in altogether 20 movies and TV shows.

According to some reliable online sites, Garren Smitt has an estimated net worth of $500,000 in 2021. However, the exact worth of the American actor is still under review.

Personal Life: Who Is He Dating?

At the moment Stitt is not dating and has no girlfriend. He is currently single and now is only focusing on his flourishing career and upcoming projects.