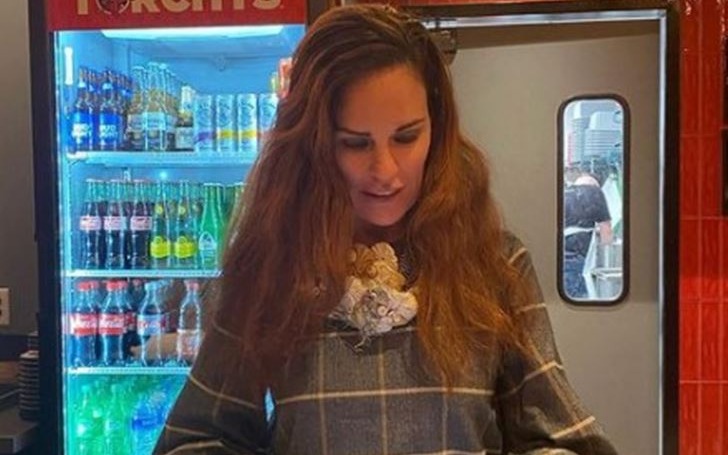 Erika Nardini is the multimillionaire businesswoman and CEO of Barstool Sports, a digital media providing sports news, spicy entertainment news, and other authentic content via podcasts, social media, Sirius XM channel, and websites. She also runs Podcasts as Token CEO in different media such as Youtube, Spotify, and Apple Podcasts.

The multimillionaire Erika was born on November 6, 1975, in Colorado, United States. Her age is 45 years now and will turn 46 in Nov 2021. Her Father, Richard Wendell Ayers, and her mother, Mina Ayers, were teachers.

The businesswoman graduated from the local private high school in Colorado. She completed her Bachelor of Science in Sociology and Philosophy from Colby College, Waterville, Maine, United States.

Yes, Barstool Sports CEO is a married woman. She tied the knot with Brett Aquino Nardini in an intimate wedding ceremony. They shared the vows on October 11, 2003.

As of now, the duo has two children; Cannon Gleason Nardini and Turin Jean Nardini. She is yet to reveal information about her kids. Brett and Erika enjoy almost two-decades-long marital life.

Her husband used to work in Wells Fargo and previously worked as a banker. But, there is no clear-cut information available on him.

How Much Does Erika Nardini Make In 2021?

She is also the Board of Directors of WWE, a famous wrestling entertainment. Nardini invests in different sectors. She is intelligent, dynamic, and has a very sharp personality.

Nardini started her career at Fidelity Investments in legal departments, where her salary was $50000. She wanted to become a lawyer, but she somehow knew that she was not for legal work.

In addition, the businessman decided to go from legal work to the advertising department at a salary of $16000, but she was happy with it. She quit Fidelity Investments in 2001.

In December 2001, Nardini joined Arnold Worldwide Company which is an advertising agency where she served as Vice President, Group Account Director till August 2005.

Besides this, she has also worked for different organizations such as DigitasLBi, Microsoft, Yahoo, Demand Media, and AOL.  In July 2016, she was appointed as the CEO at Barstool Sports which has a valuation of more than $100 million worth in 2021.