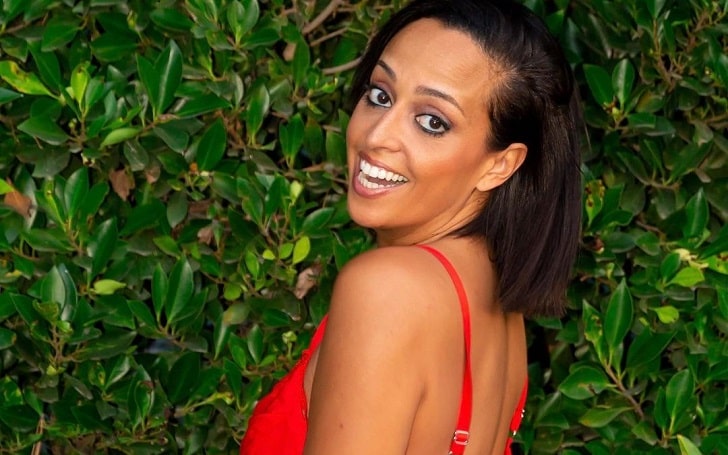 Chudney Ross is a renowned American television personality who is popular as the youngest daughter of famous singer and actress Diana Ross. Besides, Chudney is an established personality in the film industry as she has produced several movies and television series.

How Old Is She? Insights On Her Family Background

Chudney Ross was born in the United States on November 4, 1975. Her full name is Chudney Lane Silberstein. As of 2021, she is 46 years old. The talented producer is the daughter of an American singer, songwriter and actress, Diana Ross and media executive Robert Ellis Silberstein.

She also has half-siblings named Rhonda Ross Kendrick, Ross Naess, Tracee Ellis Ross, and Evan Ross. She grew up in Greenwich, CT. Moreover, Ross holds an American nationality, and she is currently based in Los Angeles, California.

Details On Her Professional Career

Chudney Ross has worked on several projects, and many have admired her skills. But she is not active in the entertainment industry now. She produced her first movie, Mesmerized, in 2004. Likewise, Ross has also worked in Fame, Livin’ Large, etc.

Furthermore, the daughter of Diana is a graduate of Georgetown University, Washington DC. The star kid is now doing her own business and is the founder & owner of the children’s bookstore named Books and Cookies. Her store is situated in Santa Monica, California, the USA. In 2012, she released her first book called Lone Bean.

Moreover, her mother, Diana Ross, an American singer, songwriter and actress who rose to fame as the lead singer of the vocal group the Supremes. Since 1956, Diana has been present in this field, working in numerous films and shows.

Besides that, Chudney’s father, Robert, is a media executive who has managed many musicians, including Billy Preston, Diana Ross, Rufus, etc.

Married To Her Husband Joshua Faulkner

The youngest daughter of Diana Ross, Chudney is happily married to her beloved husband, Joshua Faulkner. Joshua and Chudney met through a mutual friend. And their first date was in a bar. They dated each other for six years before getting married in June 2015.

Moreover, their wedding ceremony was held in Maui, Hawaii and their close ones attended it.

Since then, the romantic birds have lived a blissful life with two children, Callaway Lane and Everlee Ernestine. We can visit her Instagram account to see many pictures of her spouse and kids.

How Much Is Chudney Net Worth?

Reportedly, Chudney Ross has a net worth of around $1 million. She makes her living through her own business.

Meanwhile, her mother, Diana, enjoys a tremendous worth of over $250 million. Her parents are one of the wealthiest personalities.

Similarly, Ross has decent followers on her Instagram handle, and she charges around $234.75 – $391.25 for a single post. Previously she has worked in several movies that might have helped her gain some savings.