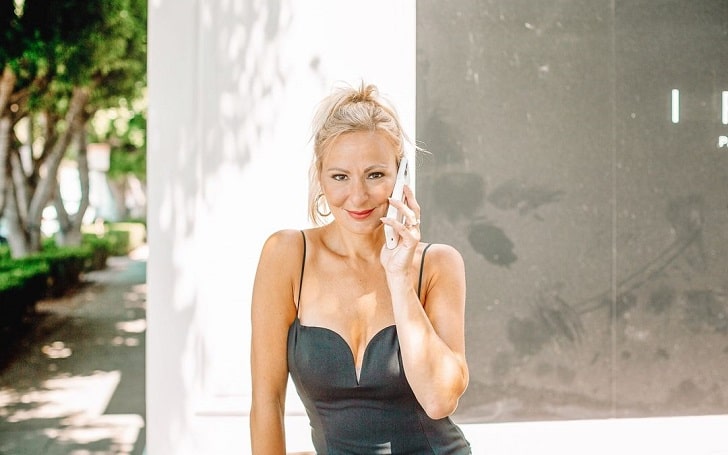 Christi Zook Lukasiak is a hard-working businesswoman who is recognized as the mother of Chloe Elizabeth and Clara Alexandra Lukasiak. Besides, Chloe is an American actress, dancer, author and model.

Christi Zook Lukasiak was born in Churchill, PA, the US, on March 3, 1977. As of 2021, Lukasiak is 44 years old. She has a large family, which includes her sister-in-law Kara Womer and Nephew Dylan Womer. She spent most of her early age in Pittsburgh, Pennsylvania, with her parents.

The well-experienced businesswoman got fame after appearing in the American dancing reality show Dance Moms.

Lukasiak is a television personality who is one of the original Dance Moms from the famous Lifetime series. Apart from her appearance on television, Lukasiak is an entrepreneur. She has been the founder of Adulting 101 since September 2020. Her company helps to empower Gen Z women around the world to take control of their lives.

The television personality has been a podcast host of Christi’s Couch since November 2020. She found entrepreneurial fortune as the Stretch-N-Grow children’s fitness center owner but later sold the company.

She attended Gannon University from where she obtained Bachelor’s degree in Communication & Media Studies.

On the other hand, her daughter, Chloe, is an established actress who has starred in various shows and movies. The actress has won several awards, including Industry Dance Awards (2015) and Tigerbeat Magazine 19 Under 19 Awards (2017).

The talented actress has also played in the music videos such as Summer Love Song, It’s Like Summer, and Wrapped Up For Christmas.

Marital Status: Who Is She Married To?

The Adulting 101 founder is married to her beloved husband, Marc Lukasiak. The lovely couple has been together with each other for quite some time and is also blessed with two daughters.

Besides, Lukasiak often features her daughters, Clara Lukasiak and Chloe Lukasiak, on her Instagram handle. The star, however, prefers to live a low-key life, so she does not openly come up with her partner in the media.

Christi has accumulated a decent fortune from her multiple profession. We can consider her net value to be around $500,000. As the founder of a company, she might be making a good sum of money from it. Apart from her business, Lukasiak makes money from advertisement deals.

Her estimated earning from a single post on Instagram is $4,414.5 – $7,357.5. Additionally, she has collected over 2.2 million followers. On the other side, her daughter, Chloe’s wealth, is projected over $6 million, which she has gained as an actress.