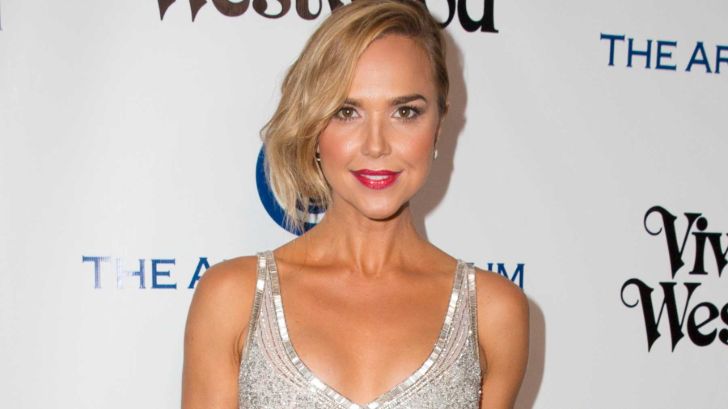 Winter Park-based actress and model Arielle Kebbel is best known as Lindsay Anne / Lister Forester in the comedy-drama TV series Gilmore Girls (2003–2004). She is also famous for her portrayals in The Vampire Diaries, The Grudge 2, The Uninvited, and Think Like a Man.

Arielle is a daughter of producer and director mother, Sheri Kebbel while the identity of her father is not available. She has two siblings, a sister, Julia Kebbel, and a brother, Christian Kebbel. Her brother is also an actor by profession.

How Much Is The Net Worth Of Actress Arielle Kebbel? Her Movies & TV Shows

According to the Celebrity Net Worth, Arielle Kebbel has an estimated net worth of $3 million. She earns hundreds of thousands of salary from her flourishing acting career.

5 feet 8-inch tall actress started her professional journey as a model. Back in 2002, she participated in the beauty pageant “The Miss Florida Teen USA”. Before beginning her career in the acting field, she was a full-time model.

In 2003, Arielle debuted with an episode in the television show CSI: Crime Scene Investigation. After that, she earned some roles in Judging Amy, Law & Order: Special Victims Unit, Soul Plane, and Entourage.

Finally, Kebbel tasted fame after her performance in the TV series Gilmore Girls. Between 2003 to 2004, she portrayed Lindsay Forester / Lindsay Lister in the show with Lauren Graham, Alexis Bledel, Melissa McCarthy, Scott Patterson, and Sean Gunn for altogether 9 episodes.

Furthermore, she has featured in Hallmark movies such as A Bride for Christmas, Sweet Surrender, Bridal Wave, and A Brush With Love.

Aquamarine actress Arielle Kebbel is neither married nor single. As of 2020, she is dating a mystery man. As per US Weekly, the duo are together for almost a year. Kebbel first met the love of her life during the shooting of one of her films in New York.

On June 25, 2020, Arielle Kebbel officially revealed her relationship with her boyfriend via a post on Instagram. She uploaded the picture with her partner where he stood behind her kissing on her cheek. The lovebird’s snap of a sweet moment consists of heart emojis as the caption.

Besides that, the Fifty Shades Freed actress’s name was linked with various celebrities like Braham Turner, Kevin Connolly, Matt Damon, and Aaron Bay-Schuck.