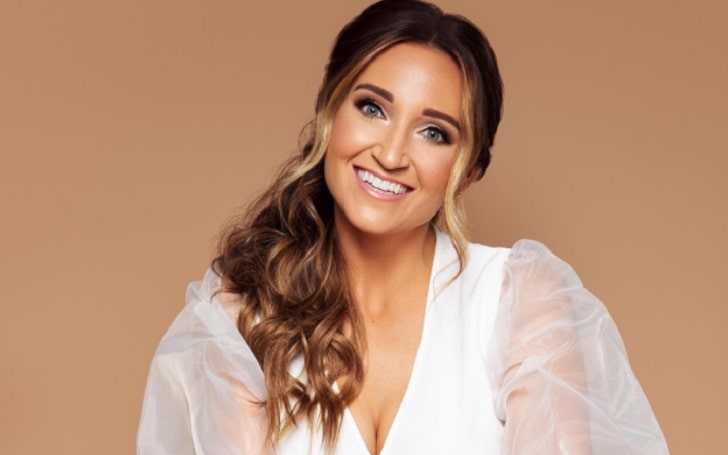 Mindy McKnight is a prominent American YouTuber famous as the founder of the Cute Girls Hairstyles YouTube channel and creates hair tutorial videos presented by using her family. The 42 years old personality married her husband, Shaun with whom she has four children. Also, the pair adopted two kids.

Talking about her educational background, she attended Brigham Young University from where she earned a B.A degree. After completing her education, Mcknight began her professional career.

The 42 years old internet personality is a married woman who lives a happy life with her husband Shaun McKnight. The lovely couple has been together with each other for a long time and is still leading a blissful life. Meanwhile, McKnight has four biological children, twins Brooklyn and Bailey McKnight.

Their other kids are Kamri and Rylan. Moreover, the Mcknight couple has also adopted two other children named Daxton and Paisley. The happy family of eight lives together and Mindy often share pictures with her husband and children through Instagram.

Moving onwards, Mindy developed an idea for Cute Girls Hairstyles in 2001 when was tired of the same old hairstyle for her 18-month-old twin daughters. It was October of 2008 when McKnight decided to record the hairstyles in a blog format. Since then, she has posted various videos on the YouTube channel named Cute Girls Hairstyles that has gained over 5.64 million subscribers.

McKnight has not only shared viral content and hairstyles on her channel but also speaks to products she covets and has become one of the most believable and trusted sources for all things hair. Apart from that, she was also named a Top 25 of Woman of YouTube.

Furthermore, McKnight is featured in various networks including ABCNews’ 20/20, TODAY, Katie, & Good Morning America. Similarly, she has appeared in the Anderson Live daytime talk show. On the other side, Mindy is also the co-founder of Hairitage by Mindy, a hair product.

How Much Is Hairitage’s Co-Founder Net Worth?

The famous social media star (like Baylen Levine), Mindy McKnight has amassed a decent fortune from her profession. She makes a good sum of money from her YouTube channel and as a co-founder of Hairitage, McKnight must be making a fair profit. According to the Idol Net Worth, she owns a net worth of $3 million.

In addition, her YouTube channel has accumulated more than 5.64 million subscribers and her monthly earnings from YouTube are $570  –  $9.1K while her yearly earnings are $6.8K  –  $109.4K. Similarly, McKnight earns a decent figure of money from brand endorsements. As per the Influencer Marketing Hub, Mindy charges $3,048 – $5,080 for a sponsored post on Instagram where she is registered as @mindymcknight.