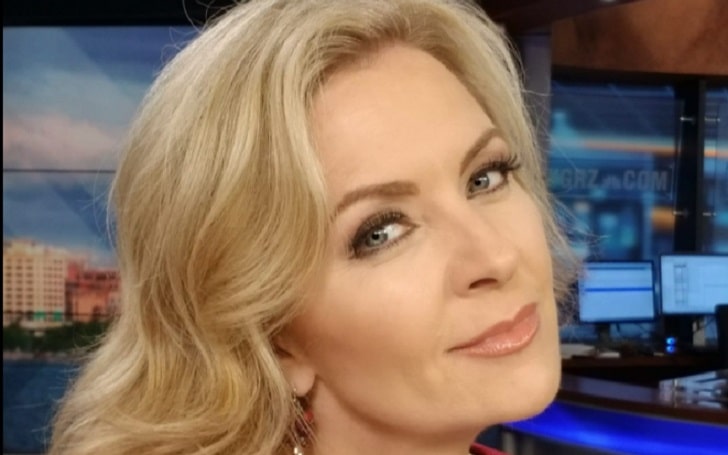 Maryalice Demler is a professional American journalist currently serving as a news anchor for WGRZ in Buffalo, New York. The 57-year-old news anchor got more into the spotlight after winning Miss New York in 1990. Regarding personal life, the news anchor previously married Nathan Marton and later dated Joseph Murphy until his sad demise.

Maryalice Demler was born on July 8, 1964, in North Tonawanda, New York, US. The 57 years old journalist’s full name is Mary Alice Demler. She holds American nationality. The North Tonawanda native was raised by her parents. Her father, Walter Demler, is a U.S. Navy veteran. The 5 feet 7 inches tall news anchor also has a sister and a brother.

Demler is also identified by her nickname Mimi. Furthermore, she went to study at Niagara University and graduated in 1986, majoring in Political Science and a B. A. in French.

As per sources, Demler does her hair and makeup herself before coming on air. But on July 27, 2017, she posted her picture where she showed her hairstyle and thanked Ashley Fox at Oak & Iron Salon and Tattoo.

On the other hand, Demler has been the Executive Director of the Miss Buffalo Pageant for several years. Similarly, she runs the Canal Fest Pageant of the Tonawandas. In addition to that, she ran the Miss Erie County Fair Pageant for some years. Apart from that, the journalist is also involved in community service and was voted Western New York’s Favorite News Anchor numerous times.

Salary and Net Worth Details

Maryalice Demler receives a decent sum of salary from her profession as a news anchor. She is the present news anchor WGRZ in Buffalo, New York. And the average News Anchor salary in Buffalo, NY, is $60,089, but the amount may fall between $48,205 and $79,258. So, Demler might have a wage in the same range. Further, Maria Genero also works at WGRZ.

Not to mention, the moderate salary of an American Journalist is $53,939. No doubt, Demler is making a good profit from her job. As per many sources, Maryalice Demler’s net worth is reported to be around $1 million. The major of her income comes from her job as a news anchor. So, she has been doing it for a long time, which must have helped her acquire good profit.

Currently, Maryalice is leading a single life but was formerly married to Nathan Roger Marton. The former couple exchanged their wedding vows on September 28, 1996. Meanwhile, The Channel 2 news anchor cherished her marital life with Nathan for 17 years. They couldn’t lead their marriage life and decided to divorce. So, their marital life came to an end in January 2013.

Despite being together for many years, the then-couple didn’t have any kids. After that, Maryalice began dating her boyfriend, Joseph Murphy, in 2015. She was happy with Joseph but suffered a huge tragedy when Joseph passed away in February 2019. In addition, Murphy was just 40 years old at the time of his death.