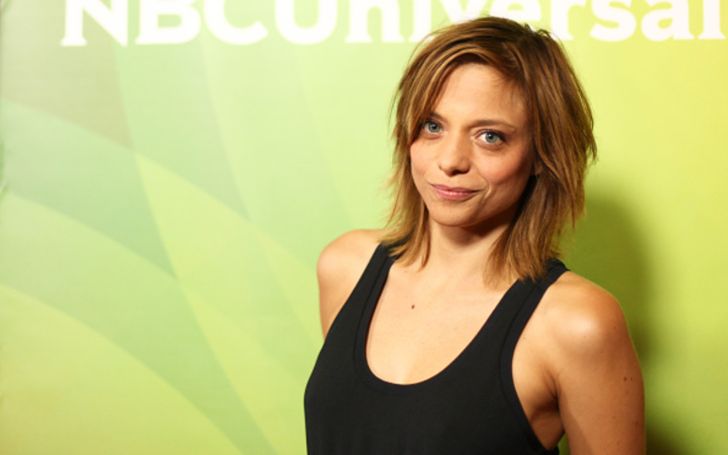 Lizzie Brocheré is a French actress, writer, and social activist who has been active in the Hollywood industry since 1995. She is very famous among the American audiences for her appearance in the American Horror Story: Asylum as Grace Bertrand.

Born and Raised in Paris

Lizzie Brocheré was born under the birth sign Aries on March 22, 1985, in Paris, France. So, as of 2021, she is 36 years old. She is of French nationality while her ethnicity is yet to be disclosed. Her mother’s name is Sylvie Brochere who is famous casting director.

Regarding education, she completed her degree in film and literature from Sorbonne & ESCP Europe Business School.

Being involved in several sectors of the Hollywood industry, no doubt, Lizzie Brocheré has earned a huge amount. As of 2021, her net worth is calculated to be around $2 million as per the celebrity net worth.

While talking about her career, she steps into the Hollywood industry as an actor back in the late mid-90s. Her first on-screen debut was in the TV series named Relic Hunter as Princess Natasha.

She got huge limelight after she appeared in the American Horror Story: Asylum as Grace Bertrand.

Following this, she has worked in several movies and series and has more than 65 acting credits in her name. Some of her notable work includes American Translation, Full Contact, Braquo, Collection Mary Higgins Clark, la Reine du suspense, Versailles, Falling Water, The Crimson Rivers, and Rings.

As of now, she is busy filming TV series, American Gigolo as Pilot. She is also said to appear in the upcoming movie named The Dream of the Guest as Blue.

Not only acting but she is also has worked as a director, producer, and writer. She is the writer and director of the short movie named Terre Ferne. Some of her credit includes BBC’s The Hour, Versailles, and Canal’s + Braquo.

Apart from her involvement in the Hollywood industry, she is also the co-founder of the non-profit organization Lemanja along with Leo Leibovici. The main motto of the organization is to create awareness among people about to make relations between cultures and generations and also about the environment.

Who Is Lizzie Brocheré Dating?

Aged 36, Lizzie Brocheré is yet to be married and also doesn’t seems to be involved in any kind of relationship as now.

Previously she was in relationship with French actor, Pierre Perrier for short period of time. Howver the detail on ther love life and break up is missing.

Apart from this, she has not preferred to disclose a single word on her personal life matter. Maybe she is involved in a relationship but she is hiding from the public and media.