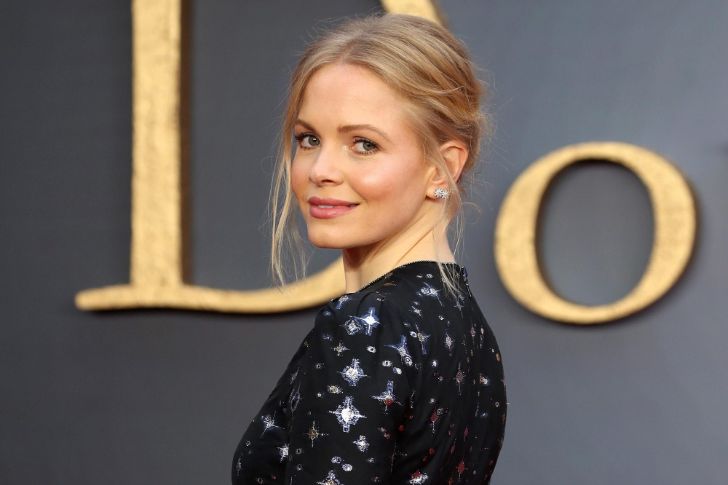 Kate Phillips is a British actress who has been contributing to the film industry since 2014. She is famous as Jane Seymour in Wolf Hall and Lise Bolkonskaya in War & Peace. Likewise, she is also known for her works in The Crown, Peaky Blinders, and Downton Abbey.

How Much Is The Net Worth of Actress Kate Phillips?

Kate made her acting debut in 2015 playing the role of Jane Seymour in the television series Wolf Hall. The next year, she appeared in 3 episodes on the show War & Peace.

Later, the actress portrayed the recurring role of Linda Shelby (2016-2019) in the period crime drama series Peaky Blinders alongside Cillian Murphy, Annabelle Wallis, Noah Taylor, and Anya Taylor-Joy. She then acted in other TV shows The Crown and My Mother and Other Strangers.

Additionally, in 2018, Wolf Hall actress appeared in an episode of the series The Alienist. The following year, she played Susan in the film The Aftermath.

Currently, in 2020, Downtown Abbey actress appeared in TV shows, The English Game and Miss Scarlet and The Duke. Further, she would appear in the post-production film Benediction in 2021.

Professional since 2015, Kate Phillips has an estimated net worth of $500,000. So far, with altogether 13 acting credits, she has gathered a decent sum.

Kate Phillips was born on May 21, in England, the United Kingdom. By nationality, she is a British and belongs to the white ethnicity.

She prefers living a low profile life. As of now, the details regarding her parents, siblings, and early life is missing.

As of 2021, Kate’s relationship status seems single. Recently, she is neither married nor dating anyone.

Once she mentioned her boyfriend during an interview. She stated:

My boyfriend and I have never done a proper relaxing, can’tdoanything kind of holiday. I think it’s going to have to be a beach in Greece for watersports, seaside walks and lying in the sun. If that’s possible in October.

It has always remains a mystery if she is still dating her partner or not.

As Phillips is very secretive when it comes to her personal life. She really shares a good bond with her friends and co-workers. She is very close to her on-screen husband Paul Anderson.

Most Asked Questions Of Kate Philips

Where was Kate Phillips born?

She was born in England, the United Kingdom.

How old is Kate Phillips?

She celebrates her birthday on May 21. To date, her age is not known as her full date of birth is not available.

How tall is Kate?

Who Is Kate Married to?

Phillips is not married at the moment.