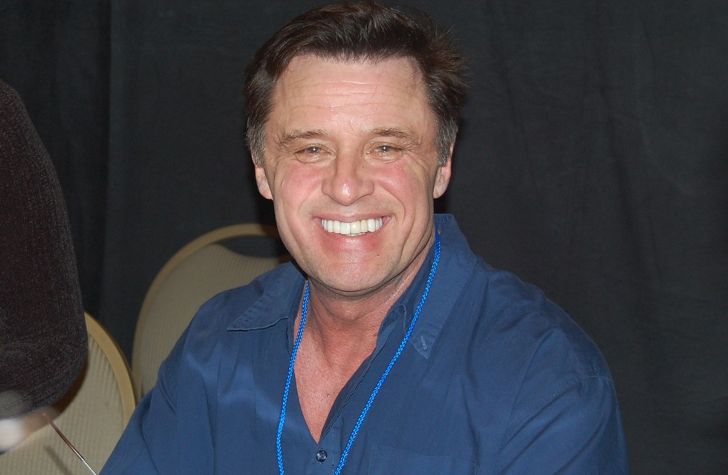 Famous for the role Nick Ryder on detective series Riptide (1984-1986), Joe Penny is an English-born American actor. His other notable acting credits are Jake and the Fatman, Days of Our Lives, and Cold Case.

What Is Joe Penny Age? How Tall Is He?

Joe Penny was born Joseph Edward Penny Jr. on June 24, 1956, in Uxbridge, London. His father, h Edward Penny, Sr. was an American while the mother an Italian.

He spent his childhood in Marietta, Georgia. He along with his mom moved to California after his parents divorced.

Talking about his education, Joe attended attended Marina High School where he played basketball and football.

The 64 year old was active as an actor from 1977 to 2016. In 39 years of his contribution in in the film industry, he has altogether 76 acting credits under his name.

Joe started his career with a minor role on the television series Forever Fernwood in 1977. After that, he appeared in Our Winning Season, Gangster Wars, Deathmoon, Lou Grant, The Gangster Chronicles, Matt Houston, and Lottery!

Eventually, he grabbed the limelight as Nick Ryder on NBC detective television series Riptide (1984–1986) starring Perry King, Thom Bray, Jack Ging, and June Chadwick. He then featured played Jake Styles on the show Jake and the Fatman between 1987 to 1992.

Also, he portrayed Frank Darnell in Jane Doe film series like Vanishing Act, Now You See It, Now You Don’t, Til Death Do Us Part, The Wrong Face, The Harder They Fall, Ties That Bind, Reign of the Gargoyles, How To Fire Your Boss, and Eye of the Beholder.

What Is Joe Penny Net Worth?

Joe Penny has an estimated net worth of $500,000 as of the Celebrity Net Worth. The only source of his earning during his active days was movies and TV shows.

Who Is Joe Penny Married To?

Joe Penny is married to Cindy M. Penny. The couple tied the knot in 2004 and since then they are leading a happy life.

He has successfully kept his wife away from the media. So far, no reports about his wife are available.

As of 2021, Joe is living a blissful life with his life partner in California. The duo yet has no child.