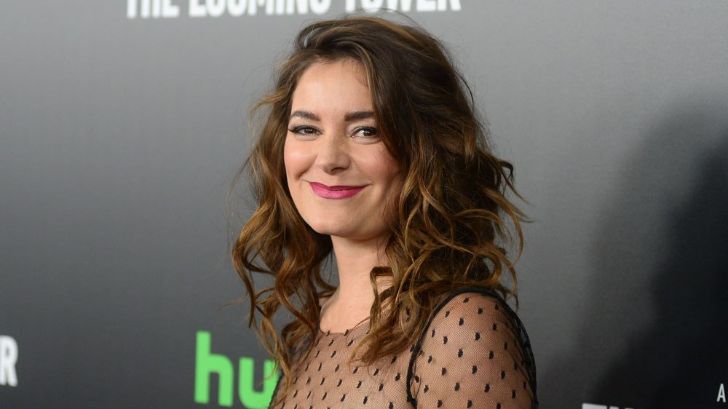 Jamie Neumann is an American actress, writer, and director. She is best known for her roles in Sunday Water, Arrow of Light, Unexpected Company, and The Deuce.

Jamie Neumann was born in New Orleans, Louisiana, the United States of America. To date, her exact date of birth is not available.

Neumann is very secretive when it comes to her personal life. Due to this reason, the details including her age, ethnicity, parents, siblings, and early life is not available.

Jamie joined her ballet at Giacobbe Academy of Dance. Similarly, she also joined a singing class at the American Musical and Dramatic Academy.

5 feet 5-inch tall Jamie Neumann made her debut in the entertainment industry with the short-film Miss D. Two years later, she appeared in another short film Sunday Water.

She then appeared in other short movies such as These Wild Things, Arrow of Light, Lovecraftia: Crafting Lovecraft, Unexpected Company, and The Melancholy Man. Finally, Jamie came to the spotlight for her television debut role Dorothy ‘Ashley’ Spina on the HBO series The Deuce.

Some of her other notable acting credits include movies and TV shows like The Looming Tower, The Sinner, Street Fight, NOS4A2, Jessica Jones, 21 Bridges, Solar Driftwood, Lovecraft Country, and Change. Her upcoming post-production works are Street Punx of Yangon, Shapeless, and Abandon All Hope.

Besides that, The Deuce actress is also a writer of short-films: Edible Oedipal (also a producer), Stranger, and The Wild Things. She even has worked as a costume designer in the movie Arrow of Light.

As of 2021, Jamie Neumann’s fortune has not been revealed yet. Currently, her net worth is estimated at $300,000 collected at together 23 acting credits.

Is Jamie Neumann Dating Anyone In 2021? Her Relationship Status & Boyfriend

The relationship status of Neumann is a mystery at the moment. She rarely spoke about her romantic relationship and has always remained mum regarding her dating affairs.

It is really hard to know if Jamie is married or dating. In public or any event, she is never spotted with anyone who could be speculated as her boyfriend, husband, or partner.