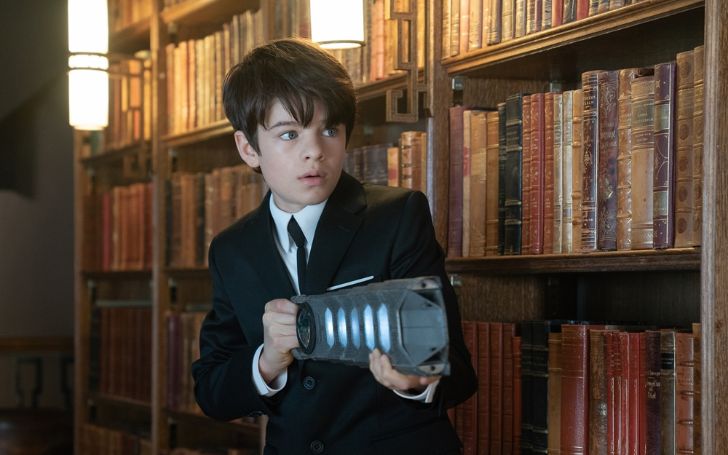 Ferdia Shaw is an American actor who is famous for portraying the role of Artemis Fowl in the Disney+ movie, Artemis Fowl.

Ferdia Shaw was born on June 29, 2004, in Dublin, Ireland, under the birth sign of Cancer. He currently lives in Kilkenny, Ireland. He belongs to the Irish Nationality. Similarly, his ethnicity is Irish.

Regarding his educational details, he currently studies in a local secondary school, Gaelscoil in Kilkenny. Besides his local school, he is also affiliated with the Young Irish Film Makers where he’s learned film making.

The 16 year old Ferdia Shaw is the son of Colin Shaw and Lucy Shaw. His father works in the IT sector while his mother is a breastfeeding counselor. He has two siblings. His elder sister is Maeve Shaw and his elder brother is Tiernan Shaw.

Shaw is the grandson of the famous British actors, Robert Shaw and Mary Ure. His grandfather portrayed Quint in Jaws.

The child actor Ferdia Shaw has earned an estimated net worth of around $100 thousand as of 2021. He earned his worth from his career as an actor.

Shaw performed in local theatre productions before auditioning for the role of Artemis Fowl in 2017. On December 20, 2017, it was confirmed that he would appear as Aremist Fowl in the movie. The filming started in Ho Chi Minh City in March 2018 and continued in the UK and Ireland. The movie completed in June 2018 and was released on Disney+ on June 12, 2020.

Following his role in Artemis Fowl, he has appeared in two shows. He first appeared in Entertainment Tonight Canada on June 10, 2020. Similarly, a day later, he was seen in The One Show.

How Old is Ferdia Shaw?

Who are His Parents?

His parents are Colin and Lucy Shaw.

Does He have Siblings?