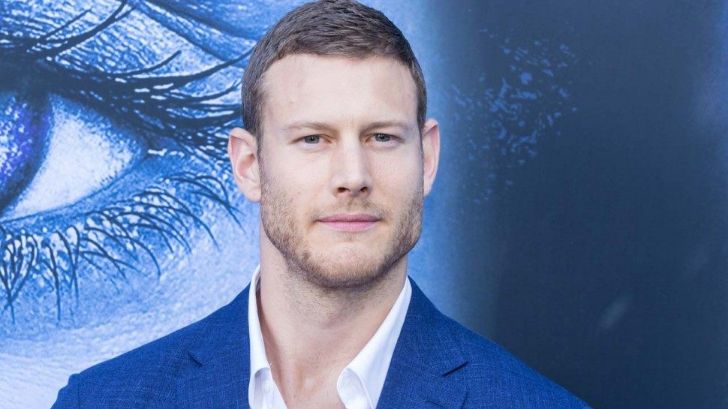 How Much Is The Net Worth Of Actor Tom Hooper?

Best known for playing Sir Percival on the TV series Merlin, Tom Hopper is an English actor. He is also famous for appearing as Billy Bones in Black Sails and Dickon Tarly in Game of Thrones.

Currently, the actor is in the spotlight for his role Luther Hargreeves in the Netflix TV series The Umbrella Academy. As of August 2020, Tom Hooper has an estimated net worth of $5 million.

Luther Hargreeves From The Umbrella Academy: Career So Far

Tom Hopper is active in the entertainment film industry since 2007. Previously, he was cast in a pastoral comedy, As You Like It by William Shakespeare at the Watford Palace Theatre. Then, he made a debut appearing in the TV series Casualty in 2007.

Similarly, Tom appeared in various television films and programs such as Saxon, Kingdom, Doctors, Good Cop, Doctor Who, and others. From 2010 to 2012, the actor played Sir Percival on the TV series Merlin and earned the limelight.

Similarly, the Black Sails actor also became a part of films and series like I Feel Pretty, Terminator: Dark Fate, and Robot Chicken. Since 2019, he is playing the main role of Luther Hargreeves / Number One in Netflix superhero web TV series The Umbrella Academy along with Ellen Page, Robert Sheehan, Adam Godley, Kate Walsh, Emmy Raver-Lampman, and David Castañeda.

Moreover, 6 feet 4 inches tall Tom is also a notable part of some post-production films such as Chaz and Ralfie: The Phone, The Hitman’s Wife’s Bodyguard, SAS: Red Notice, and Climber.

Tom Hopper was born Thomas Edward Hopper on January 28, 1985, in Coalville, Leicestershire, England, the United Kingdom. His father is Richard Hooper while the mother is Meredith Jean. Game of Thrones actor spent his childhood days with his sister, Emily, and brothers, Jack, and Ben.

Talking about Hooper’s education, he went to Rose Bruford College in order to study acting and in 2006, graduated holding with an honors degree.

Who Is Tom Hopper Married To?

35 years old star Tom Hopper is married to an actress Laura Higgins. The couple exchanged the wedding rings on June 7, 2014.

The following year, the duo welcomed their first child, son Freddie Douglas Hopper on June 1, 2015. Again, after 2 years, the pair was blessed with a daughter Truly Rose Hopper on July 6, 2018, and completed their family.