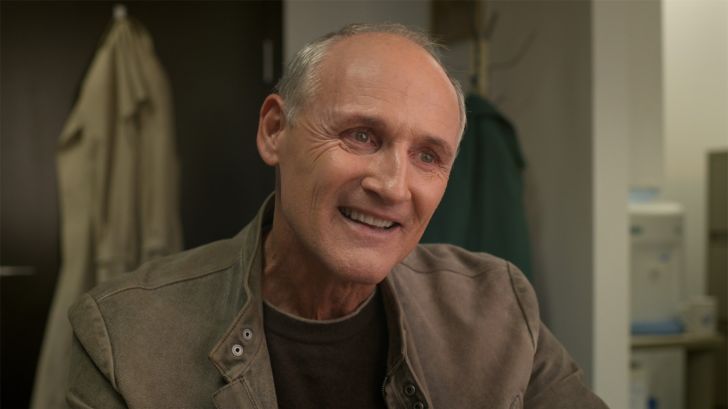 How Much Is The Net Worth Of The Actor Colm Feore?

Additionally, Feore earned huge fame for portraying King Laufey in Thor and Sir Reginald Hargreeves in The Umbrella Academy. According to the Celebrity Net Worth, Colm has an estimated net worth of $3 million in 2020.

Colm Feore began his acting career with the TV film The Running Man. Since 1981, he has worked in almost 160 films, series, and on stage.

Feore earned the limelight for playing Pierre Trudeau on the TV mini-series Trudeau. For the role, he even won the Gemini-winning award. Likewise, in 2006, he portrayed Detective Martin Ward in a dark comedy-thriller buddy cop film Bon Cop, Bad Cop.

Also, Colm is also famous for his other notable acting credits such as The Chronicles of Riddick, The Borgias, 24, House of Cards, 21 Thunder, For All Mankind, Project Blue Book, and other. He earned worldwide recognization for appearing as Laufey in 2011 Marvel movie Thor starring Chris Hemsworth, Natalie Portman, Tom Hiddleston, and others.

Since 2019, Thor actor has been playing Sir Reginald Hargreeves / The Monocle in Netflix television series The Umbrella Academy along with Ellen Page, Tom Hopper, Robert Sheehan, Adam Godley, and Kate Walsh. Besides that, his 2020 onwards post-production include Sugar Daddy and Maternal.

Colm Feore was born on August 22, 1958, in Boston, Massachusetts, the United States. He along with his brother Rory Feore was raised in Windsor, Ontario by their Irish parents.

Talking about Colm’s educational background, he enrolled at Ridley College. Similarly, he also attended the National Theatre School of Canada.

62 years old Feore is married to Donna Feore. He exchanged wedding rings with his choreographer wife on August 8, 1994.

Prior to Donna, 5 feet 11 inches tall star waked down the aisle with Sidonie Boll and later divorced. Altogether, Colm has three children: Anna Feore and Tom Feore with his current spouse, and Jack Feore with his first wife.