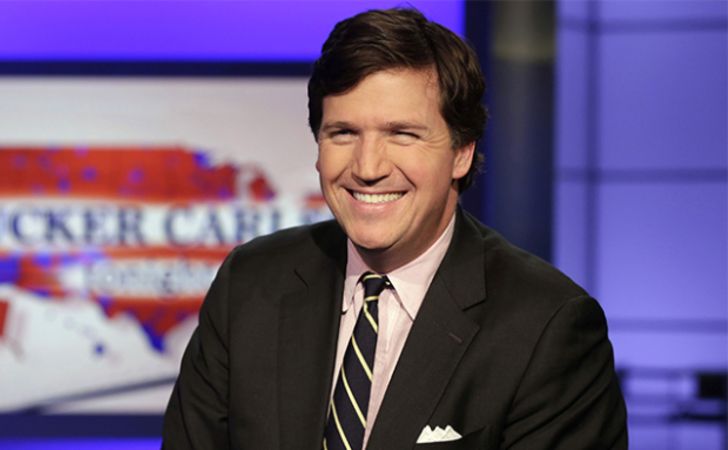 Tucker is 51 years old as of now. He was born on May 16, 1969, in San Francisco, California, U.S., to Richard Warner Carlson and Lisa McNear Lombardi. Talking about his height, he is 6 ft and 1 in (1.85 m) tall. Carlson is of Swedish, German, Scottish, English, Irish, Portuguese, Swiss-Italian, and distant Dutch, descent.

His father, Richard, is a journalist and diplomat who served as the director of the Voice of America during the Cold War. Meanwhile, his mother, Lisa, was an artist. Moreover, Tucker’s stepmother, Patricia Caroline Swanson, is an heiress to Swanson Enterprises.

He has a younger brother, Buckley Peck Carlson, with whom he grew up in La Jolla, California. There, Tucker attended La Jolla Country Day School. The 51-year-old then completed his secondary education at St. George’s School in Middletown, Rhode Island, and earned a BA in history from Trinity College in Hartford, Connecticut in 1991.

Carlson has a net worth of $30 million, as per Celebrity Net Worth. He started his journalism career in the 1990s, working as a print journalist and writing for The Weekly Standard. The 51-year-old has reported from around the world as a magazine and newspaper journalist, and his work has been published in The New York Times Magazine, The Weekly Standard, The New Republic, Esquire, and The Daily Beast.

Tucker served as CNN commentator from 2000 to 2005, first joining the network as a co-host of the short-lived show The Spin Room in 2000. He went on to co-host CNN’s prime-time news debate program Crossfire from 2001 to 2005. At the time, Carlson also hosted a weekly public affairs program called Tucker Carlson: Unfiltered on PBS.

From 2005 to 2008, he hosted the early evening show, Tucker, which was originally titled The Situation With Tucker Carlson, on MSNBC. The 51-year-old reported live from Haifa, Israel, during the 2006 Lebanon War for the show in July 2006. Moreover, Tucker also hosted a late-afternoon weekday wrap-up for MSNBC during the 2006 Winter Olympics and MSNBC Special Report: Mideast Crisis while he was in the Middle East.

Carlson joined Fox News as a contributor in May 2009. During his early years in Fox, he appeared as a guest panelist on the late-night satire show Red Eye w/Greg Gutfeld and the All-Star Panel segment of Special Report with Bret Baier. The 51-year-old also served as a substitute host of the talk show, Hannity, and producer of Fox News special, Fighting for Our Children’s Minds.

In April 2013, Carlson took on the role of co-host of Fox & Friends Weekend. Moreover, since 2016, he has been hosting the network’s nightly political talk show Tucker Carlson Tonight. Tucker reportedly earns a salary of $6 million per year at Fox. Besides, in 2010, he launched a political news website titled The Daily Caller with Neil Patel, serving as editor-in-chief, and an occasional writer. The 51-year sold his ownership stake in The Daily Caller for an undisclosed amount in 2020.

Who is Tucker Carlson married to? His Wife & Children

Carlson married his high-school sweetheart, Susan Andrews Carlson, in 1991. Both first met while in high school at St. George’s School and tied the knot after dating for few years in the high school chapel. 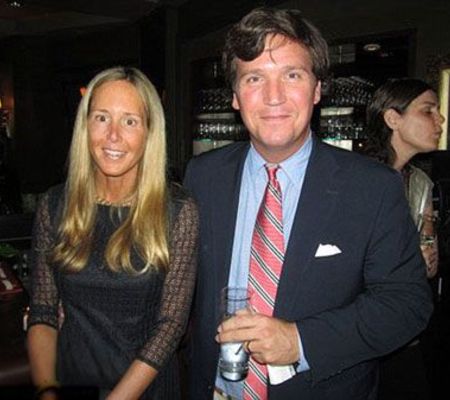 Tucker and his wife Susan sold their house in Washington, D.C.’s Kent neighborhood for $3.95 million in 2020, which they had bought for $3.895 million three years ago. While buying the recently sold home in Kent in 2017, the couple had sold their nearly 5,000 square house on Partridge Lane NW for $2.04 million.

Earlier this year, the duo purchased a $2.9 million house on Gasparilla Island in Florida. Together, he and his wife have four children; a son Buckley Carlson, and three daughters Hopie Carlson, Dorothy Carlson, and Lillie Carlson.