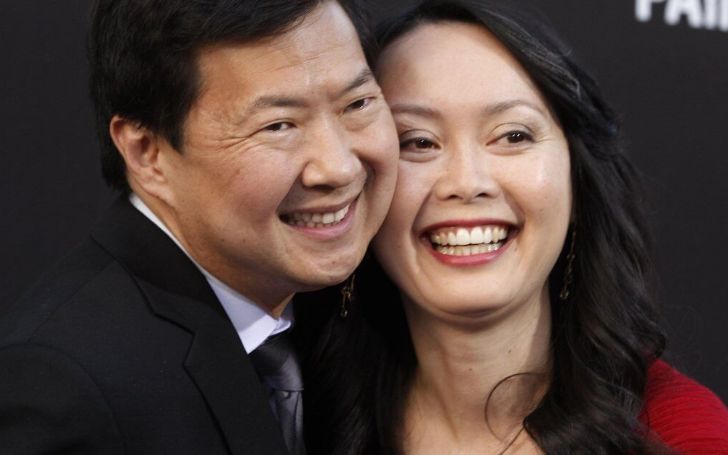 Vietnamese-American family physician, Ken Jeong is famous for being the wife of actor Ken Jeong. Her husband is known for his portrayal in the sitcom Community as Ben Chang and in the film series, The Hangover as Leslie Chow.

Aged 49, Tran Jeong is leading a happy married life with actor Ken Jeong. She met her now husband for the first time while they were both employed at Kaiser Permanente in West California in 2002.

Her husband is a graduate of Duke University. Also, he has earned his M.D. from the University of North Carolina in 1995. Moreover, he has done an internal medicine residency at Ochsner Medical Center in New Orleans. Later on, he decided to start his career in the acting field.

The pair dated for around two years before getting married in September 2004. Together they have shared twin daughters: Zooey and Alexa born in 2007.

Back in 2008, Tran Jeong was diagnosed with breast cancer following the birth of her kids. She then went through 16 chemo sessions. Not only that, but she has also gone through a mastectomy, and radiation therapy as well. In October 2010, she was cancer-free. But, she was warned that her cancer might return in two years.

After her cancer diagnosis, her husband has been actively involved in cancer-related charities. He also supports the Stand Up to Cancer initiative and often posts about it on social media.

Ken Jeong’s Wife Tran Jeong has been practising medicine for two decades. She is  licensed certified family physician to practice medicine in California.

Her individual net worth is not known but she has shared $14 million along with her husband Ken Jeong. Her husband was supposed to receive a $5 million salary for his appearance in The Hangover Part III.

Back in 2016, she and her husband bought a $3.95 million mansions made on 6,700-square-foot. the house has featured a large swimming pool, private balcony,  formal dining room, and a gym.

Tran Jeong was born to Vietnamese parents on February 24, 1972, in the United States of America as Tran Ho.

Regarding education, she completed her graduation in medicine from David Geffen School of Medicine at UCLA.