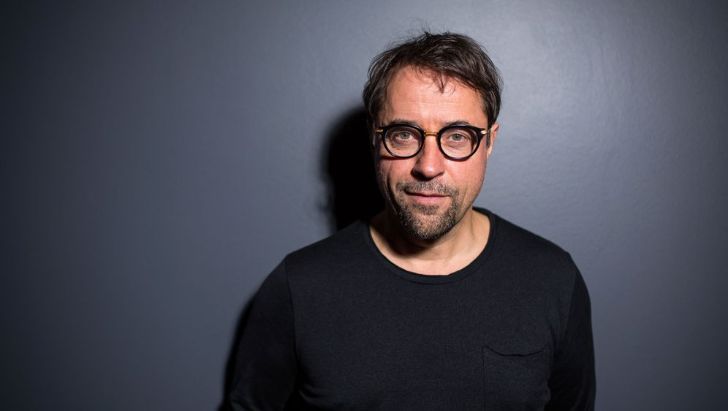 Jan Josef Liefers is a German actor. He is famous for his roles in Knockin ‘on Heaven’s Door, Crime Scene, The Baader Meinhof Complex, and Baron on the Cannonball. Likewise, he is also a producer, director, and musician.

Jan Josef Liefers was born on August 8, 1964, in Dresden, East Germany. His father, Karlheinz Liefers is a director while the mother, Brigitte Liefers-Wähner is an actress.

Jan spent his childhood days with his siblings in his hometown. He has a brother, Martin Brambach who is also an actor.

Talking about his education, Josef Leifers’ education, he attended Hochschule für Schauspielkunst Ernst. There he studied acting from 1987 to 1990.

56 years old Jan has been active in the film industry since 1986. Initially, he acted at the Deutsches Theater Berlin and then at the Thalia Theater. He started his acting career in the East German film The Ascension of Chimborazo.

Following that, Liefers played minor roles in movies such as The case of Ö, Charlie & Louise: Double Lottery, The Partners, and Me the Boss. Eventually, in 1997, he got his breakthrough in the film Rossini – or the murderous question of who slept with whom.

Professional since 1986, Tatort actor has altogether 80 acting credits under his name. As per reports, Jan Josef Liefers has an estimated net worth of $3 million in 2021.

Previously, Josef Liefers was married to Aleksandra Tabakova. Later, the pair divorced. They also have a son, Leonhard Kramer, and a daughter, Paulina Liefers.

How Old Is Jan Josef Liefers?

Jan’s current wife is an actress Anna Loos. Before that, he tied knot with Aleksandra Tabakova.