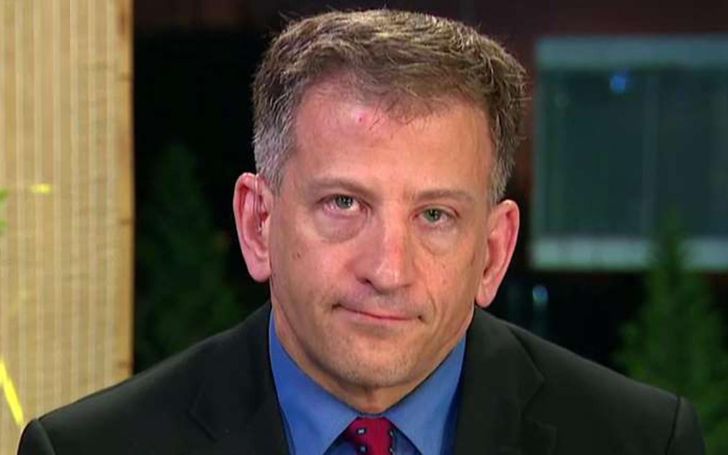 Daniel Hoffman is an American former clandestine services officer and CIA chief. After more than 30 years of service on the force, Hoffman retired and since 2018, has been a FOX News contributor.

Daniel Hoffman studied at Bates College in Lewiston, Maines, where he got his Bachelor of Arts degree in History. At Bates, Hoffman was a competitive NCAA Division III swimmer. He would later go on to be a swimming coach in the ’80s and ’90s, most notably for the Capitol Sea Devils swim team. He also taught at the YMCA in Bethesda, Maryland.

Hoffman earned his Masters in Science degree from the London School of Economics.

He also holds a Master’s degree in public administration, which he earned from Harvard University’s John F. Kennedy School of Government in Cambridge, Massachusetts.

During his time at the U.S. military, Hoffman also served as an associate professor at the Army Command General Staff College in Fort Leavenworth, Kansas.

Perhaps his most celebrated feat is his stint with the Central Intelligence Agency. During his time with the CIA, Hoffman was thrice appointed the station chief and senior executive Clandestine Services officer.

Hoffman retired after over 30 years of service and his return to civilian life saw him as the Vice President of the financial security firm, Impera Intelligence Group, in March 2018.

In May of that year, Hoffman joined FOX News Channel as a contributor and provides commentary on government and security issues.

Additionally, Hoffman is also on the board of advisors of the Washington, D.C. lobbying firm, BGR Group, and an advisor on Concordia.

Daniel Hoffman’s Wife Died of Cancer; Does he have Children?

Daniel Hoffman is a widower who is currently raising his two children. He was married to his wife Kim who dies of neuroendocrine cancer in 2020. She was diagnosed with the life-taking disease in January 2017.

She had surgery to remove a cancerous tumor from her pancreas and even did a hernia operation with 14 months of chemotherapy. However, some part of cancer still remained that took Kim’s breath away.

Daniel has always been thankful to Kim that she taught their sons and him to live from her deathbed.

Even though she was in hospice care, Kim devoted her remaining three months on this earth to our children as faithfully as she had since they were born. She ordered their holiday and birthday presents and ensured there was more than enough candy for their baskets when they celebrated Easter with family friends after Kim passed away.

CIA Operation Partner to Life Partner; How did they Meet?

Daniel and Kim first met each other at the CIA where Kim was randomly chosen as the disguise technician to support him during his overseas assignment. The couple fell in love during that time and eventually got married

Daniel is raising two children; both sons born from Kim.

I’m eternally grateful to Kim for our two beautiful children, who so poignantly remind me of her. And I’m grateful for all the precious moments we spent together in health and in sickness.

Due to the nature of his former job, Hoffman has remained low-key about his private life and not much is known about his wife and children.

What’s Hoffman’s Net worth and Salary?

Daniel Hoffman started his career as a US military and earned around $50,000 annually. Prior to that, he was appointed to the top position in the CIA where he was tasked a very critical role and was paid well. He reportedly was paid about $150,000 annually during that time. During his 30 years of military service, he made huge earnings.

After his retirement, Daniel has taken over a new job. He now works at Fox News and earns an annual salary of about $50,000. His net worth as of 2022 is $1 million.