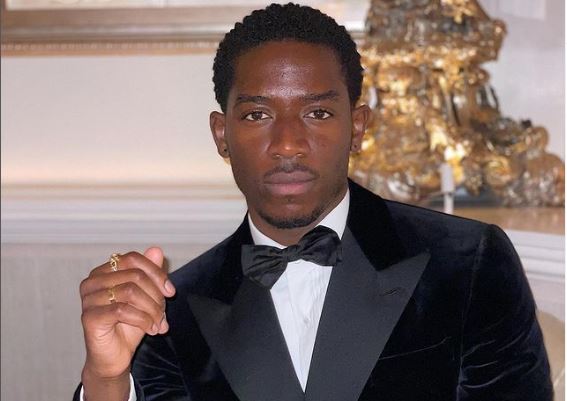 Who is Damson Idris? Who is his Wife/ Girlfriend? Read the article to know about his professional, personal, and other facts.

Damson Idris is a British actor known for being the lead actor in the American crime drama series Snowfall since 2017. He was also cast in the Netflix movie Outside the Wire released in 2021.

Who is Damson Idris’ Wife/ Girlfriend?

The 30-year-old actor is still unmarried and doesn’t have a wife. He might be single at current as he hasn’t revealed his girlfriend on media.

Idris has an Instagram account @damsonidris but hasn’t shared a photo of his girlfriend or wife. He is followed by 1.1m followers on Instagram where he has only posted personal photos but not about his affair/ girlfriend.

Damson is busy with his career and work and gives importance to his career. On his Instagram bio, he has written:

Keep quiet & let your work do the talking.

No, Damson Idris and Joy Taylor are not husband and wife. However, the American TV host jokingly called Damson her husband on her podcast.

You don’t know this Damson but we’re actually married.

They both burst into laughter as soon as she said they were married. She called him her ‘husband’ and further said:

I refer to you only as my husband and we have two together.

This was just a stunt by Joy Taylor as they are not married but that was just a piece of comedy.

Damson is the son of Nigerian parents and belongs to African descent. His mother’ name is Philippa He was born the youngest among six children with three older brothers and two older sisters.

Born on 2 September 1991, in Peckham, London, UK, Idris played soccer while growing up but had to give up after he had an injury in the late teens. He attended Brunel University in London to study acting and theatres and graduated with BA in Theatre, Film, and Television Studies.

Idris is a huge soccer fan and support Manchester United. He also mentions Danzel Washington as his inspiration.

Whats his Net worth?

Damson Idris has appeared in several movies, TV series, and theatre plays during his decade long career. He has been able to amass a net worth of about $2 Million in a short time.

He charges thousands of dollars for portraying in movies and also earns a good salary per episode from TV works. With the earnings, he has been able to get himself a better life.