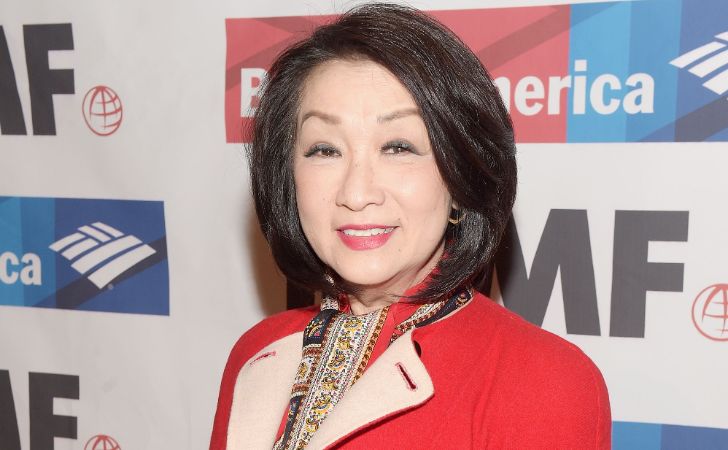 Constance Yu-Hwa Chung, professionally known as Connie Chung, is an American journalist, who has served as an anchor and reporter for news networks such as CBS, ABC, CNN, NBC and MSNBC.

Chung is currently 74 years old. She was born on August 20, 1946, in Washington, D.C., as Constance Yu-Hwa Chung to parents who had emigrated from China just about a year before her birth.

Her father, William Ling Chung, worked as an intelligence officer in the Chinese Nationalist Government. Connie, the youngest of 10 children, has four older sisters and lost her five siblings during wartime. Among her four sisters, two are Josephine Chen and June Chung.

She spent her early years in Washington, D.C. and attended Montgomery Blair High School in Silver Spring Maryland. Chung then enrolled at the University of Maryland and initially majored in Biology before switching to Journalism.

Chung’s net worth is estimated at $20 million, as per Celebrity Net Worth. She served as a Washington-based correspondent for the CBS Evening News in the early 1970s and later took the role of an anchor at KCBS-TV.

The 74-year-old returned to NBC as an anchor in the early 1980s. She left the network in 1989 and joined CBS, where she hosted Saturday Night with Connie Chung and anchored the CBS Sunday Evening News.

Connie left CBS in 1995 when she was given a choice to resign or move to weekend anchor or morning anchor position following her controversial Oklahoma City bombing interview. She then joined ABC News 1997 and served as a reporter on 20/20 and co-host for the Monday edition of the program alongside Charles Gibson.

She also hosted her own show on CNN named Connie Chung Tonight for a short period time, earning a salary of $2 million per year. Moreover, she co-hosted a show titled Weekends with Maury and Connie on MSNBC in 2006.

Meanwhile, her husband, Maury Povich, who earns an annual salary of $14 million, has a net worth of $60 million. Both Maury and Connie’s combined net worth is estimated at a whopping $80 million. The duo reportedly purchased a 12,500 square feet house in the Kalorama neighbourhood of Washington, D.C. for $9 million.

Who is Connie Chung married to?

Chung married talk show host Maury Povich on December 2, 1984, after dating for seven years. They first met in 1968 at the local TV station in Washington, DC where Chung served as a secretary while Povich was an anchorman. 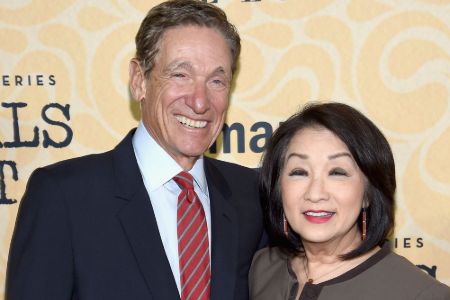 Connie and Maury have a son together, Matthew Jay Povich, adopted in 1995. According to her IMDb bio, Chung was in a romantic relationship with actor Warren Beatty.