Who is Alaia Baldwin’s Husband Andrew Aronow? His Bio, Age, Family, Parents, and Net worth 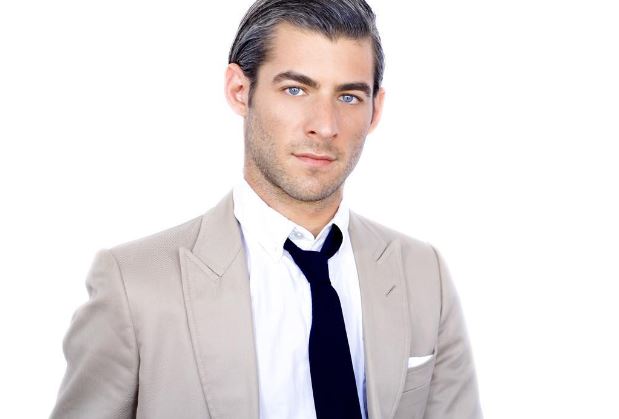 Andrew Aronow is the husband of American actress and model Alaia Baldwin, Haley Bieber’s sister. He is also popular as the son-in-law of Stephen Baldwin, an American actor, producer, and director.

Aronow is a writer, producer, health fanatic, and businessman who also serves as an Executive Producer of Pocket Ace Productions.

Moreover, he has worked in the movie Fandom (2015) as a writer and the production assistant for the TV series Iconoclasts (2005). Likewise, he also founded the entertainment company named Absolute Zero Entertainment in 2013.

Andrew and his wife Alaia have been married for a couple of years now. Do they share any children? How is their marital life? Go through the article to know everything about the rising backstage television personality.

The son-in-law of Stephen Baldwin, Aronow hasn’t shared any details about his parents but he has a younger sister named Alissandra Aronow.

He completed his schooling at Cranbrook Schools and graduated with a degree in Bachelor of Arts in Political Science and Government from Wayne State University.

Who is Andrew Aronow?

During his college days, he worked in the TV series Iconoclasts as a production assistant.

After his graduation, Andrew initially worked as a Legislative Correspondent for U.S. Congressman John Dingell. He wrote speeches for the Congressman and also released several op-eds.

He then moved to New York and founded Absolute Zero Entertainment in 2013. Aronow released a documentary movie Fandom, an ultimate fantasy football movie, in collaboration with NFL stars.

How did Andrew Aronow and Alaia Baldwin meet?

Andrew Aronow first met his future wife Alaia in 2013 through actress and model, Christie Brinkley. She was taken to Parrot Cay at Billy Joel’s daughter and singer/songwriter, Alexa Ray Joel’s birthday party by Brinkley where the pair was introduced.

They began seeing each other in January 2014 but Andrew proposed to her to be his girlfriend in May 2014.

After two years, the duo got engaged after the writer and producer asked her to marry him on 29th April 2016.

When did they Marry?

A year after their engagement, Aronow and Alaia Baldwin tied the wedding knot on September 2, 2017, in a lavish ceremony at Blue Hill At Stone Barns and the famed Hudson Valley restaurant.

The ceremony was very lavish and attended by thousands of guests. The bride Alaia was accompanied by her sister Hailey Baldwin, and her cousin Ireland Baldwin, who served as bridesmaid.

Soon after the wedding, Alaia Baldwin Aronow took to Instagram to share the news of her nuptials and also remembered the happy moments with Andrew.

“On January 2, 2014, on the moonlit beach of Parrot Cay, our journey began with our first kiss. On May 2, 2014, you asked me to be your girlfriend. And now, on September 2, 2017, I married the man I fell in love with the first time I laid eyes on him in Parrot Cay. Even if I didn’t want to, I could never stop falling in love with you.”

Do they have any children?

Having been married for more than 5 years, the couple is the parents of their only child Iris Elle Aronow.

They revealed that they were expecting their child in August and were blessed with their son on April 17, 2020. Alaia made an Instagram post about the birth of her son and wrote:

💞IRIS ELLE ARONOW!💞Born on 8/17/2020, 6lbs 11oz. She is absolutely perfect, we are all happy and healthy. Thank you so much @drthaisaliabadi for making our experience go as smoothly and as beautifully as I ever could have imagined. We love you!

She has a sister named Hailey Bieber, a model, and social media star. Hailey is married to Canadian singer Justin Bieber.

She is currently represented by Squad Management and has modeled for Porter, Harper’s Bazaar, and Grazia magazines and popular brands like Calvin Klein.

Net worth and Social Media

Andrew is a rising businessman, writer, and producer who has worked on some projects. He is currently building his career with small steps and hasn’t earned like other star producers and writers.

He runs a production company through which he earns his living. His net worth is reported to be in the six-digit figures.

On the other hand, his wife is a model and actress who has a net worth of about $1 Million.

Andrew is on Instagram as @andrewaronow and has mentioned himself as a producer in his bio. He has around 10k followers. Likewise, his wife Alaia is a popular social media personality. Her account @haileyfactr has 138k followers.

Read Next: Is Mariska Hargitay Married? Details about her Husband, Family, Siblings, Career, and Net worth