What is Gina Schock Worth? Her Career, Married Life, Husband, Family, Surgery! 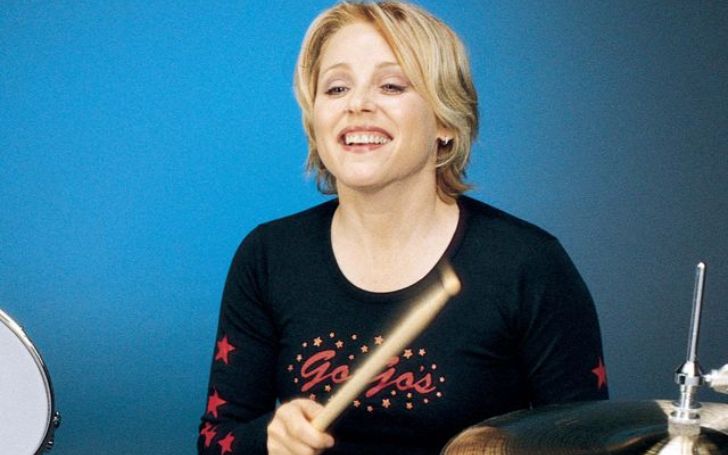 Regina Ann Schock, best known as Gina Schock, is an American musician. She is well known for being the drummer of the all-woman rock band, The Go-Go’s until the group disbanded in 1985.

Gina Schock was born on August 31, 1957, in Baltimore, Maryland, the US under the birth sign of Virgo as Regina Ann Schock. She has a brother, who took her to her first concert.

Her brother took her to a concert where Led Zeppelin was opening for the Who. She decided to become a musician though she didn’t know what instrument to play. She first got a bass and took some lessons. However, it was just too slow for her. She then got a guitar and felt the same.

Schock saved up some money to try drums. She bought a set of Japanese drums called Lido Supremes and started practicing. When she started playing drums, it felt very natural and comfortable. She didn’t even have to take a single lesson.

Gina decided to become a musician and her parents were more than happy to support her.

Around 1983, when Gina Schock was with Go-Go’s, she and her group were getting ready for a big tour. They had to get physical tests for insurance options. When they had their tests done, Gina had a heart murmur.

More tests were done and it was found out that Gina had a hole in her heart. She decided to have heart surgery within the next couple of weeks of the test results.

Before her surgery, she and her group rented a Cadillac and went to Palm Springs for a short vacation. They came back after a week and Gina had successful heart surgery. The hole in her heart was a congenital defect and had nothing to do with her lifestyle.

Net Worth of Gina Schock; How much does she earn from Tours?

Gina Schock has earned an estimated net worth of around $10 million as of 2022. She has earned a good income from her career as a musician.

Having worked with several bands and artists, she has made a good fortune. She charges a huge fee for the world tours which has been a major source of her earnings. She is scheduled for the UK tour with Billy Idol through which she will get good pay.

Gina began her career as a drummer for Edie and the Eggs. She left the band to move to LA. Schock moved to Los Angeles with $2000 and two grams of coke. She then went on to drum for The Go-Go’s.

Gina is also involved in producing and writing. She is known to co-write, Miley Cyrus’ Breakout and Selena Gomez’ Falling Down, Kiss and Tell, Stop and Erase, and Crush.