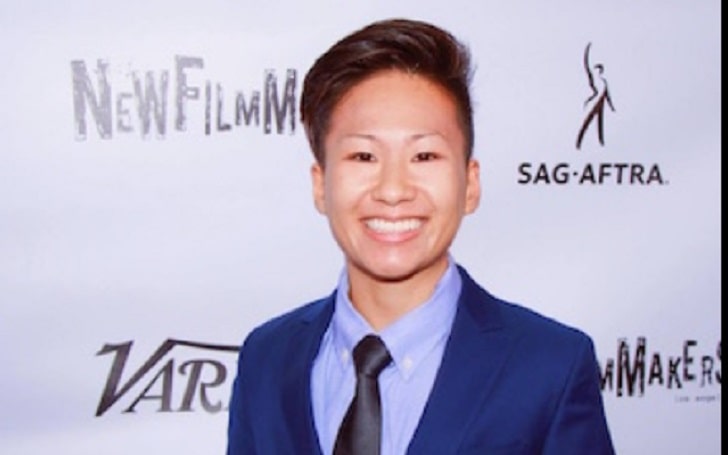 Sabrina Skau is a Malaysian-born American film producer, director, and ethnographer who made headlines after marrying Shalita Grant, a famous American actress. The former NCIS: New Orleans star Grant go married in an intimate ceremony in San Francisco on August 8, 2018. She is already an established figure who has worked in various films.

Born on October 30, 1988, Sabrina is 33 years old. She is originally from Malaysia currently based in Los Angeles. She spent some of her early age in Malaysia and moved to the foreign to chase her dream to work in the film industry.

Wiki-Bio: Details On Her Career

After completing her education, Skau began her professional career in the film industry. She has been working as a commercial director in Empress Studios since July 2018. Apart from that, she is also a Freelancer Video Editor. Between October 2017 to March 2018, she served as a Video Producer at Fathappy Media LLC.

Furthermore, Skau’s work can be explored in films like Los Villanos, Surviving A Funeral, and Lil’ Roja N the Hood. Moreover, she was nominated for the NewFilmmakers Los Angeles Best of 2014 Award in 2014 for her work in Los Villanos. Also, she was a creative director at Sandwich Video.

Apart from that, the celebrity spouse also mentors the LGBT youth in the Los Angeles LGBT Center. Since April 2015, she has been associated with the organization. Similarly, she has as a camera assistant, editor, cinematographer, director and actress in several projects. Currently, Skau is working on her new project called Sugar Crunch Epiphany.

The 33 years old woman Skau came into the spotlight not for her professional work but for her marriage with famed American actress Shalita Grant. Reportedly, Skau and Grant first met each other on a dating app. The former couple began their romance and were dating long-distance for a year.

Finally, on Christmas Eve of 2017, Sabrina proposed to Grant with a huge engagement ring. After eight months of engagement, Skau and Grant exchanged wedding vows on August 8, 2018. Their intimate wedding ceremony was held in San Francisco’s City Hall. And the love birds romantic birds celebrated their reception at a private home in Palo Alto.

Sadly, their marriage life didn’t go well, and they separated after a few years of marriage. Reportedly, Grant and Skau separated before the COVID pandemic began in December 2020. On the other hand, actress Grant is currently dating an MMA fighter, Jessica Aguilar.

Talented personality has amassed a fair sum of money from her multiple works in the industry. According to multiple online sources, she has a net worth estimated between $300,000 and $500,000. The major of her income comes from working in films as a director, producer, and editor. In the United States, the average salary of a director is $136,435 per year.

Further, Skau has worked in the film Oblivion, which had a budget of $120 million and its box office collection was $287.9 million. So, Skau must have received a good profit from it. Besides, her then-wife, Shalita, has more than $1 million of net worth. She has worked in numerous big-budget movies that must have paid her well. According to CheetSheet, her net value was around $500,000 in 2018. In addition, she has appeared in NCIS alongside Dillon Francis and Jane Hajduk.