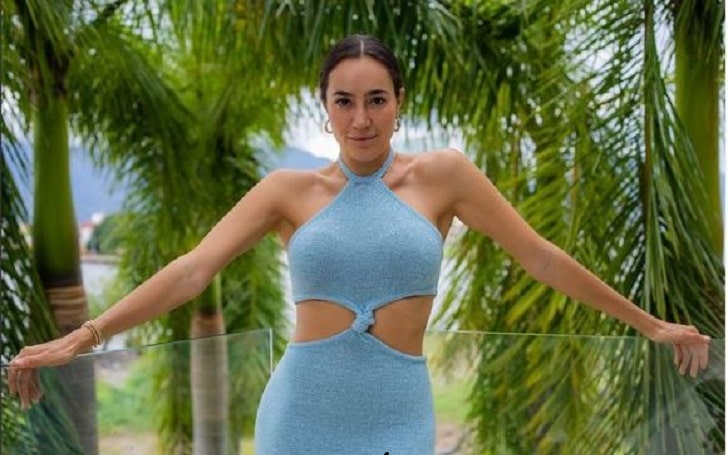 Paola Zurita is a well-known social media influencer and Instagram star who got international recognition as the sister of eminent Mexican vlogger Juanpa Zurita. He is not only a vlogger but also a talented actor, model, and social media influencer. The 30-years old Paola also has other siblings Fernando Zurita and Andrés Zurita.

Born on December 9, 1991, Zurita’s edad (age) is 30 years. She is the eldest child of her parents Teresa Arellano and Fernando Martínez-Zurita Reed. Zurita grew up alongside her loving siblings, Andrés Zurita, Fernando Zurita, and Juanpa Zurita. She is a native of Mexico, so she holds Mexican nationality, and her birth sign is Sagittarius.

The internet personality is one of the beautiful and fitness geek Social Media Star and her slim waistline is highly talked in the news. The gigantically popular personality peaks at an average height of 5 feet 4 inches with a fit physique, including Black eyes and Black hair.

The 30-years old social media star is not married but engaged to her novio Alejandro Serralde. The couple dated for several years before getting engaged in November 2020. Zurita and her fiance, Serralde, have explored different places together and have shared their moments through their Instagram account.

Serralde is also involved in the film industry, and he is associated with Organic AD and Closed Door Art. Despite being together for quite some time, the amorous pair has not planned to get married yet. Both of them are at the prime time of their career so that they might announce the good news of their wedding in the upcoming time.

Zurita gained popularity there for her fitness and healthy living photos and videos. She is a fitness enthusiast and is a HeartMath Certified Trainer. She also serves as the founder of Clymb Studio and WYSE. In 2021, Zurita launched her own Empieza En Ti podcast. Besides, Zurita has worked jointly with various magazines and brands.

For more than ten years, she regularly posts on Instagram. And her first post was on August 6, 2012. Not only that, she has a strong presence on YouTube, where she has collected more than 285k subscribers. Paola uploads videos related to fitness from her channel and features her workout videos. Her videos on all her networking sites have gathered over a million views.

Net Worth Of Zurita: Income Sources

Zurita’s net worth is massive as she has collected everything from her multiple professions. Reportedly, she relishes a net worth of around $1 million. The primary source of her income comes from sponsorship and endorsement deals. On September 24, 2020, she appeared on the cover page of Cosmopolitan Wellness, from where she might have received a fair sum of profit. In Mexico, the average salary for a model is $7533.84.