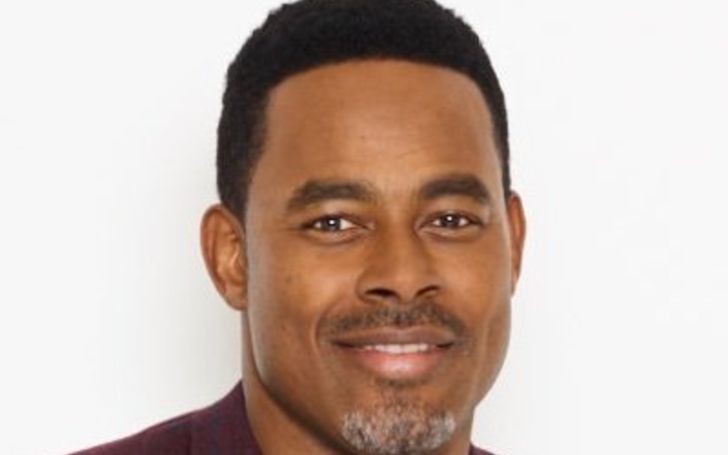 American actor and producer, Lamman Rucker started his career as a actor back in 1998 and has more than 40 acting in his name. He is very famous for his appearance in the movie name Why Did I Get Married?, Why Did I Get Married Too?, All My Children, and As the World Turns.

Lamman Rucker, 49, is a married man. He has shared the wedding vows with Kelly Davis Rucker. However, the detail on their marital life is unknown.

Back in 2008, he started dating Jill Scott but after several years of relationship they broke up.

Once there was a huge rumor of him being gay and being involved in a relationship with his Why Did I Get Married? co-star, Denise Boutte.

Lamman Rucker has a net worth of $2.5 million as of 2021 from his career as a actor since 1998. In USA, the average salary of actor is around $57000 per annum, so he might be getting paid ore than average salary.

He made his acting debut from his appearance in the TV series named The Young and the Restless. In the same years, he was seen on TV Mini-Sereis named The Temptations.

Some of his notable work includes Making Revolution, As the World Turns, All of Us, Law & Order, All My Children, Half & Half, I’m Through with White Girls, Why Did I Get Married?, Words Unspoken, Why Did I Get Married Too?, Meet the Browns, Where’s the Love?, South of Hell, Greenleaf, Terror Lake Drive & Cooking Up Christmas.

Also, he has worked as a producer for movies and series such as The Greatest Song, Agoraphobia, Computer Love, The Man in 3B, Service to Man, and First Impression.

Born and Raised In Lamman Rucker

Lamman Rucker was born under the birth sign Libra on October 6, 1971, in Pittsburgh, Pennsylvania, the United States to Malaya Rucker and Eric Rucker. He is of American nationality while her ethnicity is Afro-American. He was raised alongside his brother Chanu in Washington DC and Maryland area.

Regarding education, he completed his schooling at Duke Ellington School of the Arts in Washington, D.C. Later on, he joined Carnegie-Mellon University and Duquesne University.

Since his childhood days, he has developed his interest in acting and also participated in several child pageants. While he was in grade four his first acting role was as Martin Luther King. During his seventh grade, he was a club.

You Also may like: Magnús Scheving, Ned Dennehy, Khamani Griffin