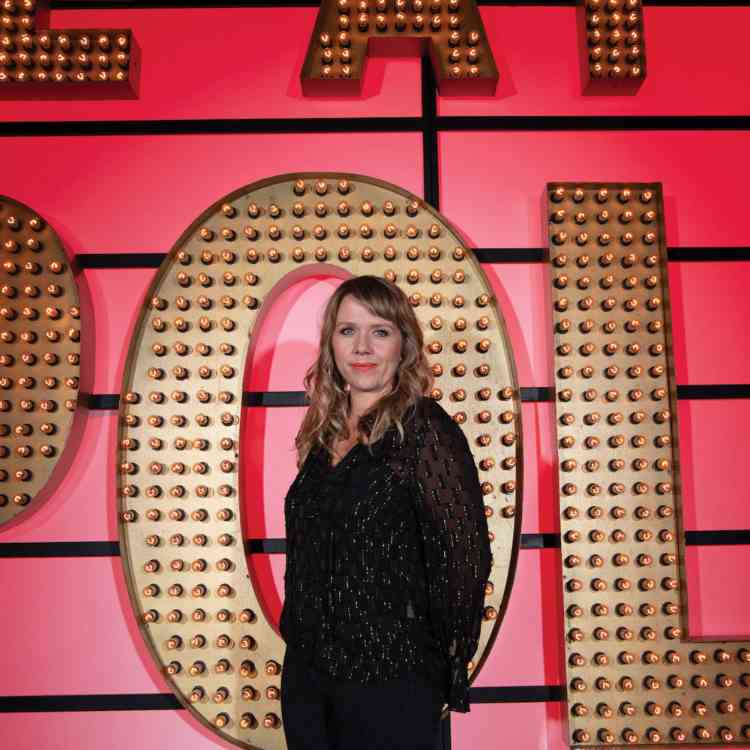 Kerry Godliman is a phenomenal actor as well as a stand-up comedian. The actress rose to fame from the roles in the series Derek, Bad Move, Our Girl, After Life, and so on. Similarly, the multitalented Godliman is also a writer and has the movie Raging under her credit.

Godliman was born on November 17, 1973, in Perivale, London, United Kingdom. The British actress shares a very close bond with her family; however, keeps a lowkey profile and has not yet spoken about them in public.

She was trained in acting at Rose Bruford College. Before the breakthrough in cinemas, the actress has done many minor roles and stand-up comedy.

Relationship | Who Is Her Husband?

The After Life actress is married to Ben Abell. The happy couple has an intimate wedding in London in 2008.

Her husband Ben Abell is also an actor who is best known for his work in The Snowman, Luther, and Sherlock.

The pair is blessed with two children; a daughter Elsie and a son Frank. The family of four currently resides in South London.

Kerry Godliman started her career in a minor role in the series Casualty in 1998. After years of struggle, she finally got her big break in the series Spoons in 2005 where she was seen in various characters showcasing her talent to the world.

The actress also portrayed important roles in the series such as Derek, Bad move, Our Girl and After Life, and many more. The actress’s new series are Frayed, Adult Material, Tradestone, and After Life.

Similarly, the Adult Material star is a renowed stand-up comedian and has preformed at many places including on Live at the Apollo.

Her main income source is her acting career and along with that she also earns from standup comedy, tours, events and endorements.

You can also check other celebrities AmericanStarbuzz