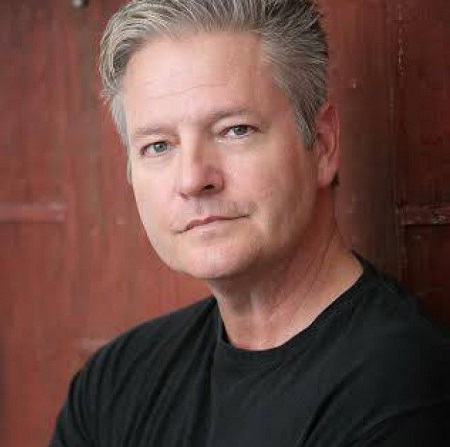 Dale Midkiff is a famous American actor who is widely known for portraying the role of Captain Darien Lambert in the television series Time Trax. The 61 years old actor, who started his professional acting career in 1985, is known for working in movies and television series like Castle, Dexter, Hell’s Kitty, Lie to Me, Criminal Minds, 2021 Doomsday, among others.

Dale was born on 1st July 1959 and is currently 61 years old. He was born in Chance, Maryland, the United States of America, and belongs to American nationality.

Besides this, the actor has not disclosed anything regarding his parents, siblings, family life, and educational background.

As mentioned above, Dale started his professional acting career in 1985. He made his television debut appearing as Duke in the series Streetwalkin’. The following year, he appeared in Dallas: The Early Years and Nightmare Weekend. In 1987, he worked in the television movie Top Kids.

Dale has appeared in the television movies like Love’s Unending Legacy, Love’s Unfolding Dream, Love’s Abiding Joy, Love Comes Softly, Video Voyeur: The Susan Wilson Story, The Warden, Another Woman’s Husband, Toothless, Visitors of the Night, A Child Is Missing, Black Mail, Sins of the Mother, Plymouth, Elvis and Me, The Marla Hanson Story- Face Value, and many others.

Similarly, the actor has worked in television series like Castle, The Client List, lie to Me, Criminal Minds, Lincoln Heights, Without a Trace, CSI: Crime Scene Investigation, Twice in a Lifetime, The Outer Limits, Time Trax, Dream Street, Crossing Jordan, Dexter, CSI: Miami, among others.

How Much Is Dale Midkiff’s Net Worth?

Dale has been actively working in movies and television series for over three decades. No doubt, Dale’s main source of income is his acting career. Moreover, he also earns from endorsements and commercial deals.

As of 2021, Dale Midkiff’s net worth is reported to be around $3 million, whereas he earns an annual salary of $350 thousand.

How Is His Married Life Going On?

Talking about Dale’s current relationship status, he is a married man. He is happily married to wife, Joan O’Connor. Initially, they were together for only around two months. The duo got married on 22nd March 1997.

Since then, the duo enjoys two-decades-long marital life. Together, the pair has three kids. The name of his children is Cole Midkiff, Ava Marie Midkiff, and Eliza Rose Midkiff.