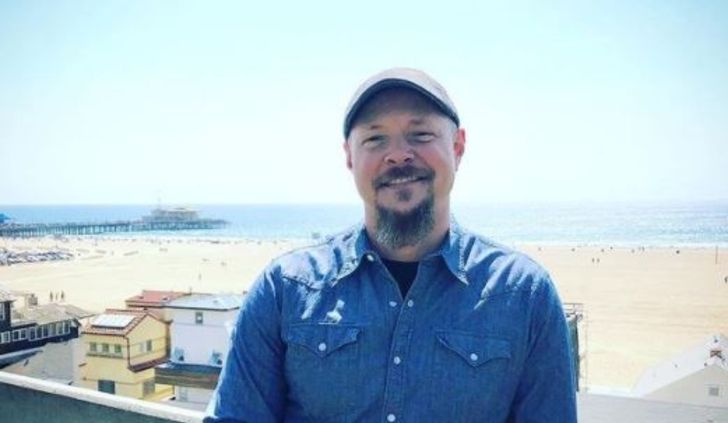 American retired actor Nate Richert is famous as Harvey Kinkle in Sabrina the Teenage Witch (1996-2003). He is also known for his performances in The Tony Danza Show, Game Box 1.0, and Lovely & Amazing.

Recently, he is working as a musician and songwriter. Some of his songs are Make It a Wine, Dreams of You, The Girl I Haven’t Met, and Anything Else but You.

Net Worth In 2021: What Is Nate Richert Doing Now?

Nate Richert has an estimated net worth of $150,000 as per the Celebrity Net Worth. Initially, in the entertainment industry, he established himself as an actor, and currently, rising as a musician and songwriter.

The 42-year-old began his journey as an actor. He made his debut as Harvey Kinkle (1996–2003) on the television sitcom Sabrina the Teenage Witch alongside Melissa Joan Hart, Caroline Rhea, and Beth Broderick. From the series, he earned massive popularity and went to appear in a total of 123 episodes during his 7 years on set.

Moreover, Nate then acted in The Tony Danza Show, Fantasy Island, Beggars and Choosers, Touched by an Angel, Lovely & Amazing, Piñata: Survival Island, Gamebox 1.0, The Sure Hand of God, and H-e-n-r-y. Recently, in 2020, he appeared in an episode of the television series Home Work.

Back in 2006, Richert retired from acting. As of now, he works as a songwriter and musician. Also, he has a band called C.Duck and Nate and has launched an album, Tone Control.

Additionally, in 2012, he released his album titled Halogen Moon. The album includes a total of 10 songs including Anything Else but You, Tonight, Each Other Blue, Dreams of You, Make It a Wine, The Girl I Haven’t Met, and others.

His parents are Laura Richert and Wayne Richert. He has a younger sibling, Crystal Richert.

Dreams of You singer graduated from North High School.

According to Wikipedia, Richert eloped married his new wife, Malorie Felt on August 11, 2019. His current life partner is an actress and model.

On the other hand, the retired actor Nate exchanged wedding rings with Catherine Hannah as of Famous Birthdays.