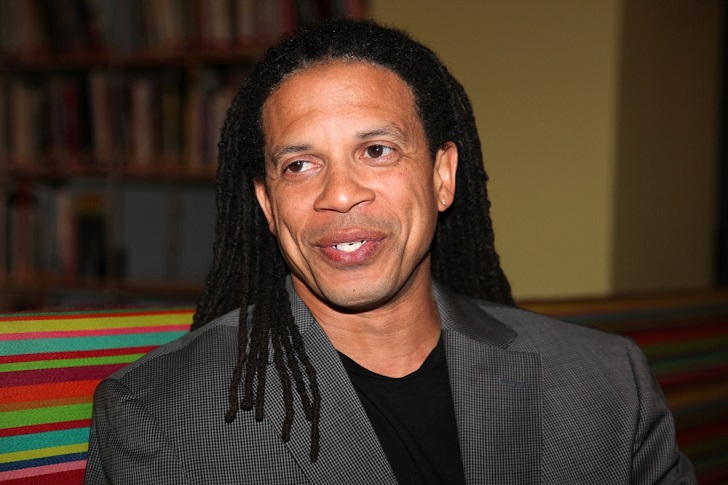 Charles Latibeaudiere is one of the most successful TV producers. He grabbed huge popularity as a co-executive producer of TMZ, a famous tabloid news website. He previously worked as a supervising producer for the news entertainment show Extra (1998-2007).

Latibeaudiere was also incorporated into the “Bronx Walk of Fame” in 2011.

Raised By a Single Mother After Parents’ Divorced At Age 10

Charles Latibeaudiere was born on 12th Sept 1969 in the Bronx, New York City, United States of America. He holds an American nationality and belongs to white ethnicity.

His parents, however, got divorced when he was 10-year-old. Following their separation, Charles was nurtured by his single mother. Much of his family emigrated from Jamaica and he also spent summer there almost throughout his teenage from the age of 10 to 17.

Is The Arizona State University Graduate

Charles Latibeaudiere studied biology in college. He later went on to enroll at the Cronkite School of Arizona State University in Temple. He majored in broadcast journalism from the university.

Upon his graduation, Charles Latibeaudiere kicked-off his career as a production assistant at KVTK-TV in Phoenix, Arizona. He later moved to Los Angeles, California, and landed the job as the supervising producer for the news entertainment show Extra in 1998.

Latibeaudiere spent nearly a decade with Extra overseeing the production of over 2500 episodes! and left the show in 2007.

Furthermore, Charles also worked as a producer of the Veronica Mars movie, the 2014 sequel to the hit 2000s TV show. Additionally, he also became the co-executive producer for the 2009 television series Beyond Twisted.

Latibeaudiere’s big break came when he created a television version of the TMZ tabloid news website along with fellow co-executive producers Harvey Levin and Jim Paratore in 2007. He also often appears on various TVZ shows like TMZ on TV and TMZ Live as well.

What is Charles Latibeaudiere Net Worth?

Charles Latibeaudiere has made a considerable net worth from his multiple endeavors. As per some sources, Charles’ net worth is reported over $1 million in 2020.

As per estimation made by various sources, Latibeaudiere is paid $128k a year.

Charles Latibeaudiere tied the knot with his wife Barbara Sherwood on 26th June 2004. The couple organized their wedding ceremony in the Catalina room at the ‘Rancho Palos Verdes’ in California.

His wife Sherwood is also the TV show director. The two first met while they both were employed on the news show Extra. The couple currently resides in Hermosa Beach, California.

Other Interesting Fcts of Charles Latibeaudiere