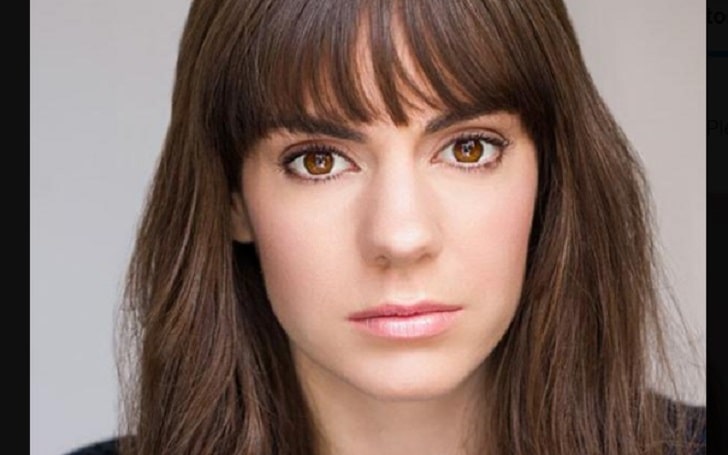 Sydney-based actress Ashley Avci is widely famous for her portrayal as Jenny the Junkie in the hit television series Fat Pizza: Back in Business. Besides, the talented actress is also an animal law advocate and founder of Shark Conservation Australia. Further, Avci has worked on many feature films, short films, television series and continues to grow her acting skills and work on her craft.

How Old Is Avci? Height And Educational Background

Ashley Avci was born in Australia to her parents on October 8, 1988. The 33 years actress holds an Australian nationality and stands at the height of 5 feet 5 inches. Her family has always been supportive of her career.

The actress was interested in pursuing a career in acting from a young age and her family enrolled her in drama school just at the age of 10. As per her Linkedin bio, Avci attended the Sydney Talent Company in 2010 where she studied acting. In 2013, she also studied at Australian National Centre for Ocean Resources and Security (ANCORS).

The Fat Pizza: Back in Business star attended Sydney School of Entrepreneurship in 2017 and later attended Macquire University from where she earned a Bachelor’s degree in 2019.

Since 2010, Ashley has been actively working in the showbiz industry and has played major roles in various television series. In 2010, she debuted by appearing as a Receptionist in the tv series Rescue Special Ops. We can also see her appearance in Behind Mansion Walls and Deadly Women.

Furthermore, Ashley gained more popularity after landing the role of Ashley in Housos from 2011 to 2013. In 2014, she starred in Fat Pizza vs. Housos. Moreover, the System actress was a regular cast of Fat Pizza: Back in Business from 2019 to 2021 which also stars Elle Dawe.

Apart from acting, she is also a research associate at Risk Frontiers since June 2017. And in 2018, Avci co-founded Shark Conservation Australia (SCA). Prior to the launch of SCA, the organization was formally known as Fin Free Sydney established in 2012.

Dumb Criminals: The Movie actress seems to be in a relationship with a guy named James Wise. On February 11, 2022, she posted some pictures wishing James on his birthday. Also, she shared some cozy images. So, we can say that she is dating James.

However, Avci prefers keeping her personal life away from media sources. So, there is not much information about her love life. Likewise, there is no news regarding her past affairs. In addition, she has an Instagram account as @ashleyavci but has kept it private making it pretty challenging to know about her life.

The talented Australian actress must be making a considerable sum of money from her profession. The actress has worked in various series and films from which she has surely received a fair profit. However, the actual details of her earnings are not available in the public domain.

Behind Mansion Walls alum majority of her income comes from her work as an actress and in Australia, the average salary of an actress is $76,975 per year. So, being an actress, Avci might earn in the same range. Apart from that, she is a research associate and the respective position has a salary of $93310 per year.