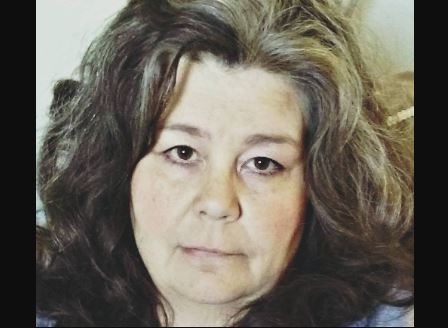 Anne M Tengell is the ex-wife of Duane Chapman aka Dog the Bounty Hunter, an American TV personality and bounty hunter.

Chapman is popular for his appearance in the series Dog the Bounty Hunter which aired from 2004 to 2012. Besides, he has also appeared in Dog and Beth: On the Hunt and Dog’s Most Wanted.

Anne M Tengell was born in 1962 in Denver, Colorado, United States. She is 60 years old as of 2022 and holds an American nationality.

Unfortunately, there is no details about her parents and family.

She is of mixed ancestry. She currently resides in Idaho Falls, Idaho, where she runs a business.

Anne is the second wife of Chapman. They got married on August 22, 1979, in Colorado after Duane was released after serving 2 years out of 5 for first-degree murder.

Anne and Duane became the parents of their three children.

Their first child Zebadiah Chapman who was born on January 1, 1980, died as an infant after a month. The second child Wesley Chapman was born on November 14, 1980.

The couple split after Wesley’s birth but later reunited for some time during which they welcomed their third child  James Robert Chapman on March 2, 1982.

Anne M. was granted custody of their two sons after her divorce from the bounty hunter. She took them to Utah and did not let them communicate with their father.

However, they later reunited with Chapman after they became adults.

Who is Duane Chapman?

His then-wife filed for divorce on October 27, 1977, after Chapman was convicted of first-degree murder. La Fonda was granted the custody of their children, however, the custody was later granted to Chapman after they started being involved in criminal activities and the sons were kept in foster care.

They later started working with their father and also appeared on the TV show.

Leland is currently married to Jamie Pilar Chapman. He was previously married to Maui Chapman from 1995 to 2005.

His second wife is Anne Tengell. After his second divorce, Duane then married Lyssa Rae “Big Lyssa” Brittain in the Colorado mountains in 1982.

The couple resided in Denver, Colorado with their three children and the other two from Duane’s first wife.

Chapman then met Tawny Marie Chapman in 1988 and married her in 1992. The couple separated after two years but divorced in 2002.

Dog the Bouty Hunter tied the knot with his fifth wife Alice Elizabeth “Beth” Barmore on May 20, 2006, after some years of on-and-off relationship.

Their wedding ceremony was held at a Hilton hotel in Waikoloa Village, Hawaii.

Moreover, he also has a son named Christopher Michael Hecht from his ex-girlfriend Debbie White. Chapman was in prison at the time of his birth.

How Did Chapman Become A Bounty Hunter?

Duane Chapman’s crime guided him to become a bounty hunter. At the age of 15, he was arrested for murder.

His first shot and killed a drug dealer named Jerry Oliver during a drug deal while Chapman was waiting for him in the car. He was sentenced to 5 years in prison but was paroled after 18 months.

While still in jail, he caught a prisoner who was going to be shot for trying to flee. The corrections officer congratulated him which later prompted him to pursue a career as a bounty hunter.

Anne M Tengell’s profession and source of income is still under research. She reportedly owns a business DoonerDesigns, that designs dolls’ clothes. She might be earning well from her business.

Her former spouse Duane Chapman has a net worth of $6 Million. He makes money from the show, gets money and bounty for capturing fugitives, and also earns as a bail bondsman.

Anne’s son Wesley is a motivational speaker, author, human rights activist, and business leader who has a net worth of $3 Million.

Her other son James works at Dominion Inc as a financial officer, treasurer, and vice president. He reportedly is worth $4 Million.

Dog the Bounty Hunter was in controversy after he racially abused his son Tucker’s black girlfriend.

During a phone call with his son, Chapman insisted to leave his black girlfriend and used N-word, racially abusing her.

He later apologized in an interview and promised to never use that again.

“I thought that I was cool enough in the black world to be able to use that word as a brother to a brother. I’m not. I didn’t know really know until three or four days ago what that meant to black people. I now learned I’m not black at all. And I never did it out of hate.” All black people in America I owe an apology to. Whether, how dark I think I am, I cannot say that word. I owe the rest of the people, whether they are black or not in America, an apology because people look up to me.”