All About Alaia Baldwin: Wiki, Age, Husband, Net worth, Height 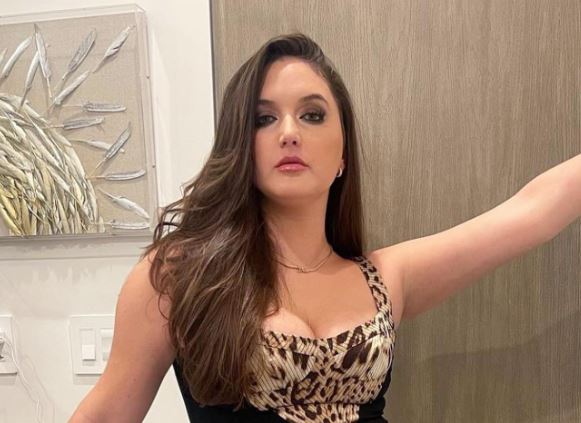 Alaia Baldwin is an American actress and model who is more popular as the sister of model and social media star Hailey Bieber.

She is also the eldest of American actor, producer, and director Stephen Baldwin. Her mother Kennya Baldwin is a Brazil-born artist and graphics designer.

As an actress, Alaia appeared in the 2013 movie DJ B: Party All The Time, Let’s Celebrate! (Hey Hey). Besides, she has modeled for the Calvin Klein brand and has even worked for D’Management in Milan and State Management in New York.

Is Alaia Baldwin Married? Who is her husband? Does she have any children?

Alaia Baldwin Wiki: How old is she?

Alaia Baldwin was born on January 23, 1993, in Nyack, New York, United States. She is 29 years old and was born as the eldest daughter of Stephen Baldwin and Kennya Baldwin.

She has a sister named Hailey Baldwin who is currently married to Canadian singer Justin Bieber.

Her father is the youngest of the “Baldwin brothers” which consists of actors Alec, Daniel, and William.

Alaia’s mother is a Brazilian of Italian and Portuguese descent, and her father is of English, Irish, Scottish, French, and German descent.

Alaia Baldwin is into modeling and is currently represented by Squad Management. Her inspiration in modeling is Danish model, Freja Beha Erickson.

She has modeled for Porter, Harper’s Bazaar, and Grazia magazines and even worked with the Calvin Klein brand.

Likewise, Baldwin is an advocate for health and well-being. She is suffering from Endometriosis disease and has been educating people about its condition.

Alaia is the famous sister of Hailey Baldwin, an American model, and media personality. She has been featured on the cover of several popular magazines and has modeled for many popular brands.

Hailey is married to famous Canadian singer Justin Bieber since 2018.

Recommended: American Model And Dancer Elliana Walmsley Biography; Who Is Her Boyfriend?

Who is Alaia Baldwin’s Husband?

Alaia Baldwin married her husband Andrew Aronow on September 2, 2017, after dating for around 3 years. They started dating in 2014 and became engaged to each other in 2016.

Alaia shared the happy news on her Instagram and revealed that they named their child Iris Elle Aronow. She wrote:

💞IRIS ELLE ARONOW!💞Born on 8/17/2020, 6lbs 11oz. She is absolutely perfect, we are all happy and healthy. Thank you so much @drthaisaliabadi for making our experience go as smoothly and as beautifully as I ever could have imagined. We love you!

A model by profession, Alaia Baldwin has a perfect height of 5 feet 9 inches and weighs 60 kg (132 lbs).

Her body measurements are 34-28-36. She has green eyes and brown hair.

Alaia has a very lovely relationship with her younger sister Hailey and has been best friends growing up together.

The two sisters have shared most of their life together and have a perfect relationship. On Hailey’s 25th birthday, Alaia wrote a sweet message that read:

The strangest thing about you turning 25 is that… you’ve been 25 since you were 5. 😅 I’m so proud to see the woman that you have become. It has been incredible to watch you grow into your own. To see you become the perfect auntie is just the 🍒 on top. We love you more than you’ll ever know and I’ll always be your big sis💕Happiest of Birthdays to you my lil neener 👯‍♀️♥️🎂🥂🥳🌹

Likewise, Hailey even appeared as one of Alaia’s bridesmaids. She frequently shares beautiful moments with Alaia’s child on her Instagram.

Alaia started her modeling career in 2015 when she was already 22 years old. Having worked as a model for 7 years, she has earned a net worth of around $1 Million as of 2022.

She gets paid well for featuring on the cover of magazines and walking for popular brands. Moreover, she also makes money from advertisements and commercials.