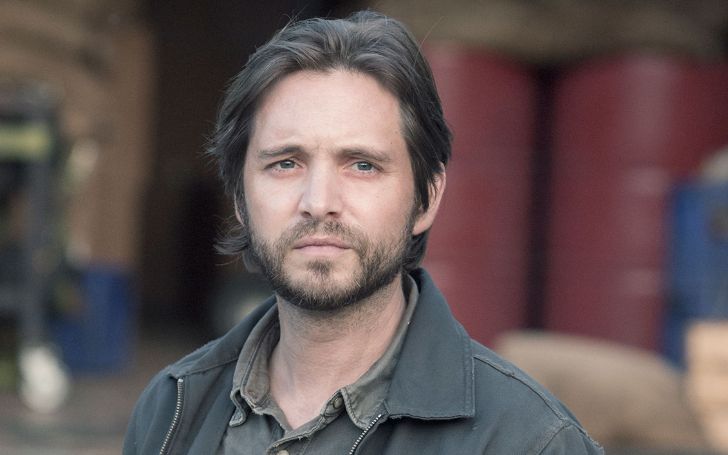 Best known for playing Pyro in X-Men: The Last Stand, Aaron Stanford is an American actor. Since his debut in 2001, Stanford has appeared in numerous films and TV shows to date. From 2015 to 2018, he portrayed James Cole in 12 Monkeys which is based on a 1995 film with the same title.

Where Was Aaron Born In?

Aaron Stanford was born on 27th December 1976 in Westford, Massachusetts, the United States of America to Judith Dupras and Don Stanford. As of 2020, Stanford is 44 years old.

He is an American as per his nationality and has mixed (French-Canadian, English, German, Irish, Welsh) ancestry. He grew up alongside his brother Davis Stanford who is a musician.

Stanford went and graduated from Westford Academy in Westford Massachusetts. He then enrolled at SUNY Purchase before transferring to Rutgers University Mason Gross School of Arts and graduated in 2000.

Owns $500 Thousand in Net Worth

According to Celebrity Net Worth, Aaron is worth around $500 thousand as of May 2020. He earns most of his wealth from his career as an actor.

Made His Film Debut From Tadpole

Aaron made his acting debut as Sergei in 2001 crime drama Third Watch alongside Michael Beach, Coby Bell, and Molly Price. The following year, he landed his first major film role as Oscar Grubman in Tadpole. For his outstanding performance in the film, he was nominated for the Satellite Award.

He earned his breakthrough role as John Allerdyce or Pyro in an American superhero film X2 aka X2: X-Men United. In the movie, he appeared alongside Patrick Stewart, Hugh Jackman, Ian McKellen, and Halle Berry.

In 2006, he reprised his role as Pyro in the third installment, X-Men: The Last Stand. Likewise, some of his other film work credits are Rick, Winter Solstice, Spartan, Standing Still, The Hills Have Eyes, Flakes, and The Cake Eaters.

In 2010, Aaron joined the cast of Nikita as Seymour Birkhoff or Lionel Peller. He appeared in the show along with Maggie Q, Shane West, and Lyndsy Fonseca for three years until 2013.

In 2015, he was cast as James Cole in the American Television Series 12 Monkeys. He appeared in the series until 2018. The show stars Amanda Schull, Kirk Acevedo, Noah Bean, and Todd Stashwick.

Is He Married To Anyone?

The 5 feet 7 and a half inches tall actor is currently single. He is reportedly not involved in a relationship with anyone at the moment.

The Tadpole actor prefers a private lifestyle and rarely speaks about his personal life in the public. Hopefully, he will let his fans learn more about his love life in the near future.